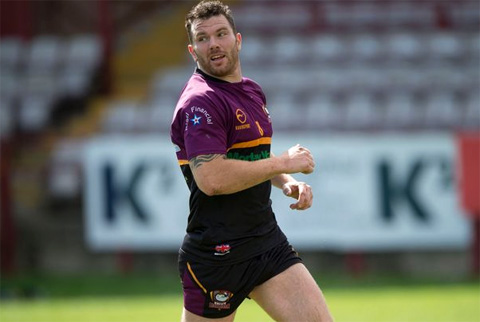 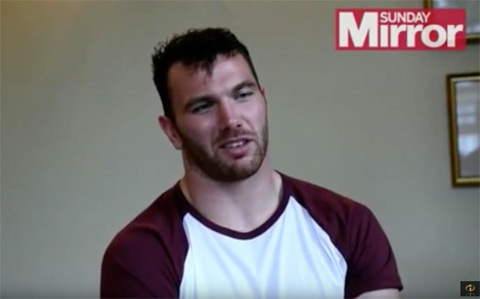 Keegan Hirst, 27 year old Rugby League player, has become the first English professional in the sport to come out.

Speaking exclusively to the Sunday Mirror, the dad of two tells of the moment he finally found the words to explain to his wife the reason they could no longer be together.

And he talks emotionally of the support he got, not only from her but also from his rugby team-mates.

The 6ft 4in captain of West ­Yorkshire side Batley Bulldogs said: “At first I couldn’t even say ‘I’m gay’ in my head, let alone out loud.

“Now I feel like I’m letting out a long breath that I’ve held in for a long time.”

Speaking for the first time about coming to terms with being gay, Keegan adds: “I had a wife and kids. I’ve been a builder, doorman, worked in factories – I play rugby.

“I tick every macho box. How could I be gay? I’m from Batley for goodness sake. No one is gay in Batley.”

And he reveals: “The only time I felt free of the torment was when I stepped on the rugby pitch. Now I feel free.”

Later, Hirst tweeted out his thanks for the strong support he’s received today:

Congrats to Keegan for living his life openly and being authentic to himself.