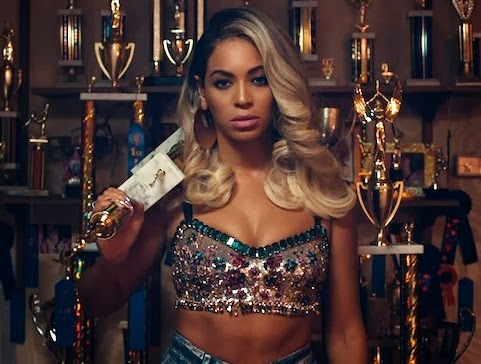 The pop music world is all aglow over Beyonce dropping her fifth studio album with no announcement or warning.
Titled Beyoncé, is available on iTunes. With 14 songs and 17 videos, the project is being referred to as “The Visual Album.”
“I see music,” Beyoncé said in a video announcement on her Facebook page. “It’s more than just what I hear. When I’m connected to something, I immediately see a visual or a series of images that are tied to a feeling or an emotion, a memory from my childhood, thoughts about life, my dreams or my fantasies. And they’re all connected to the music.”
She also released 30-second previews so you can see what it is you’re buying.  The video clip below, “Haunted,” is clearly inspired by Madonna’s “Justify My Love” video featuring Beyonce walking down the hallway of a hotel filled with exotic, sexy creatures.