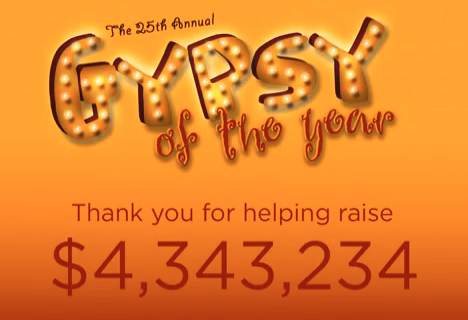 The 25th anniversary celebration of Gypsy of the Year, the culmination
of six weeks of extraordinary fundraising by 56 participating Broadway,
Off-Broadway and national touring companies, raised an amazing
$4,343,234 for Broadway Cares/Equity Fights AIDS.

The grand total
was announced Tuesday, December 10, at this year’s Gypsy of the Year,
which included an array of original dances, songs and skits performed by
more than 250 “gypsies,” the most talented singers and dancers in the
ensembles of Broadway and Off-Broadway shows.

In the spirit of the holiday season, please consider BC/EFA for your charitable donations.

You can check out highlights below.