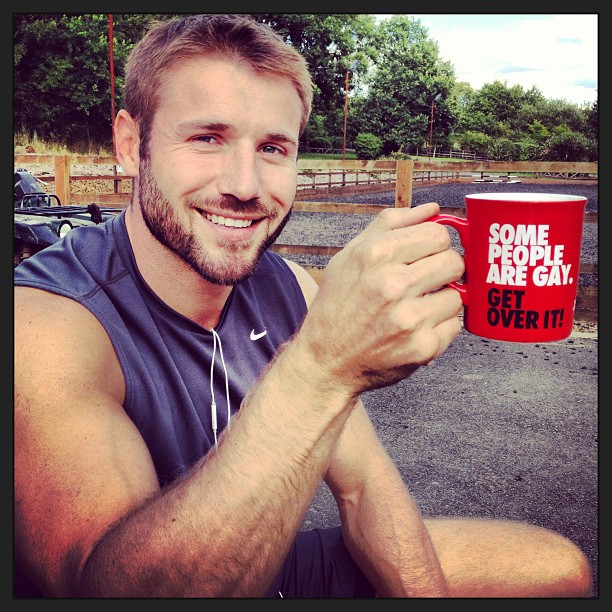 Guess who might appear shirtless on Britain’s version of Dancing With The Stars?

Who is he: Chiseled member of England’s 2003 Rugby World cup winning squad, better known for his philanthropic work (he is founder of the anti-bullying organisation The Ben Cohen StandUp Foundation) since retiring from the game in 2011.

Chances of being true: Strictly has a long history of welcoming rugby stars on to the dancefloor. Some of them have even done quite well (Austin Healy, Kenny Logan, Matt Dawson and, against all the odds, Gavin Henson). So we don’t think it would be entirely out of the question for Ben to follow in their footsteps. And besides, we all know the show needs eye candy.


Would be most likely to: Have women (and, given his big gay following, quite a few men) swooning on the inevitable week when his shirt falls off entirely by accident.