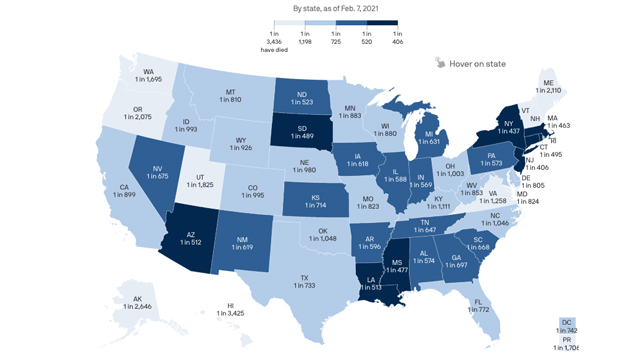 Axios has created an interactive map showing where the pandemic has been deadliest in the US.

In Mississippi, 1 out of every 477 people has died. And in South Dakota, which was slammed in the fall, 1 of every 489 people has died.
States in the middle of the pack have seen a death rate of around 1 in 800 dead.

California, which has generally suffered severe regional outbreaks that don’t span the entire state, has a death rate of 1 in 899.
Vermont had the lowest death rate, at 1 of every 3,436 residents.