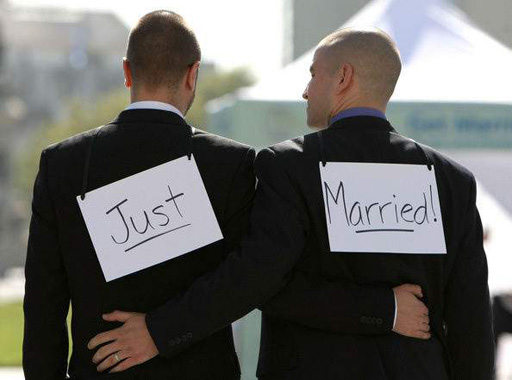 White Magazine, an Australian wedding magazine, has shuttered after facing backlash for not including same-sex couples in the publication.

Founders Luke and Carla Burrell announced in a blog post that White Magazine would be shutting down after 12 years due to pressures after the legalization of same-sex marriage in Australia at the beginning of the year.

Celebrating love and relationships – rather than selling products – has always been White’s message.

Last year the Australian law was changed to allow same-sex couples to marry. Since then we have been asked repeatedly why our magazine had not yet featured all couples.

Like many people, we have had to reflect on our beliefs, not to judge ourselves or others, but to intentionally make space for new conversations. It’s a long and continuing journey, it’s not black and white, there are so many grey areas that need to be explored. Our greatest mandate is to love and the biggest question we’ve continued to ask ourselves throughout it is, how do we best love?

Interestingly, the Burrell’s version of ‘best love’ was to not allow same-sex weddings to be presented in their publication.

After writing that they have “no desire but to love,” the Burrells say they had hoped to have “space to work through our thoughts and feelings.”

But they claim a “campaign” was launched against them and they’ve lost sponsors due to their one-sided position on the issue.

“We hope that one day soon our society can learn to accept people’s differences and different points of view and love each other no matter what,” they write in closing. “That’s where real positive change begins.”

The irony here for me, as an LGBTQ advocate, is the Burrells continue to pretend they didn’t ‘take a side’ when clearly they did. They didn’t learn to accept gay and lesbian couples’ differences.

Instead, they chose to ignore those same-sex couples who celebrated their happiest days.

And regarding losing sponsors, this would seem to me to be the free market at work.

In the end, statements of “How do we best love?” and “We’re not about sides, we’re about love, patience and kindness,” ring false for people running an admittedly secular publication who ultimately chose discrimination over equality.