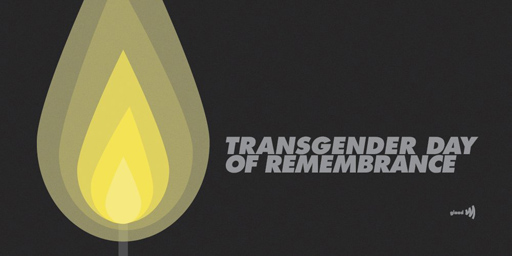 Transgender Day of Remembrance (TDOR) is an annual observance on November 20 that honors the memory of those whose lives were lost in acts of anti-transgender violence.

This is a day to pause and reflect on anti-transgender violence around the world.

According to The Trans Murder Monitoring research project, between the 1st of October 2017 and September 30, 2018, 369 cases of reported murders of transgender, non-binary and gender diverse people have been reported.

Brazil (167 murders) and Mexico (71) lead in violence against trans people.

In the United States, there have been 28 murders of transgender people in the past 12 months, up from 25 the previous year. And that figure represents only the deaths we know of. 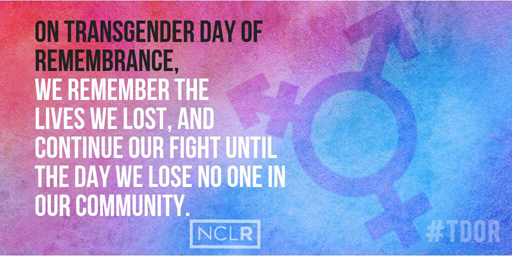 The rise in violence against trans people comes as the Trump administration continues its assault on protections for trans Americans.

In October, the New York Times reported that Donald Trump’s Health and Human Services Department plans to redefine transgender people out of existence.

Early in Trump’s time in office he announced he plans on banning transgender Americans from serving in the U.S. military.

Additionally, the Department of Education reversed an Obama-era policy that held trans students should be allowed ot use the bathrooms that correspond with their gender identity.

TDOR is a day not only to mourn those we’ve lost and celebrate the lives they lived, but also bring awareness to the daily struggles and dangers that trans and gender non-conforming people face around the world on a daily basis.

The video below was released last year by Shape History who asked trans youth about the labels put on them by society.

Take a listen to these trans young people about their feelings on how they are perceived and how they’d like to be seen:

Gwendolyn Ann Smith founded Transgender Day of Remembrance in 1999 as a way to honor Rita Hester, a trans woman who was brutally murdered.

In a statement to GLAAD, Smith writes that the observance “seeks to highlight the losses we face due to anti-transgender bigotry and violence.”

“I am no stranger to the need to fight for our rights, and the right to simply exist is first and foremost,” she continues. “With so many seeking to erase transgender people — sometimes in the most brutal ways possible — it is vitally important that those we lose are remembered, and that we continue to fight for justice.”

You can participate by attending a vigil on November 20 to honor all those whose lives were lost to anti-transgender violence this year.

Vigils are typically hosted by local transgender advocates or LGBT organizations, and held at community centers, parks, places of worship and other venues. The vigil often involves reading a list of the names of those who died that year.

Hillary Clinton and other leaders expressed their thoughts on trans violence via Twitter.

On this Transgender Day of Remembrance, we remember the names and the lives of those we’ve lost to violence this year:https://t.co/zmXbSuOo7n

On Transgender Day of Remembrance, we mourn those who lost their lives because of anti-transgender violence and bigotry. We all have a responsibility to fight for safety and equality for everyone — now is not the time to be silent. #TDOR pic.twitter.com/lIvIxDrbBb

On Transgender Day of Remembrance, we remember those who have lost their loves from anti-transgender violence.We must strive every single day to combat these acts of violence, which have already claimed at least 22 lives this year. #TDOR #TDOR18 pic.twitter.com/0G8qxHORRJ

Today is #TransDayofRemembrance. Of the 22 transgender lives lost since the beginning of 2018, the victims are mostly young, mostly female and mostly black. via @julieallmighty https://t.co/P3iwvCeokt #transgenderdayofremembrance #TDOR2018 #TDOR pic.twitter.com/f8fPo7lD6c