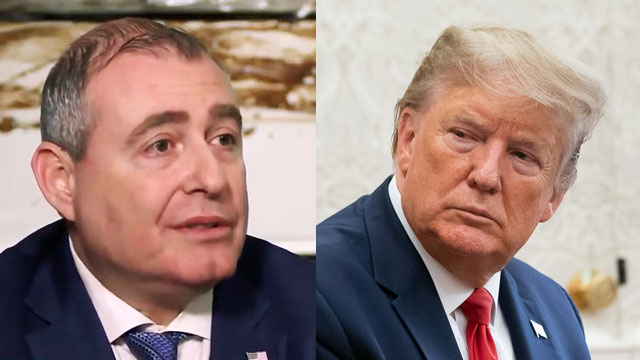 ABC News reports it has reviewed an audio recording of what appears to be Donald Trump having a conversation with former Rudy Giuliani associate Lev Parnas regarding then-U.S. Ambassador to Ukraine Marie Yovanovitch.

Parnas’ lawyer  Joseph Bondy told the press the recording has been furnished to the House Intelligence Committee: “We do believe that contents of the conversation as portrayed by ABC News are of critical importance in the impeachment trial of the President. And would urge that it be produced to Congress.”

Bondy also gave the full recording to the press for full transparency:

Trump has repeatedly announced he “doesn’t know” Parnas and “hasn’t ever spoken” to Parnas.

If you listen to the full recording, it’s clear this was a lengthy dinner meeting that Trump had with Parnas and others. And he tells the public he “hasn’t ever spoken” to Parnas???

The White House has not defended the tape other than Vice President Mike Pence saying the recording “confirms what people already know.”

Check out ABC News’ report below.