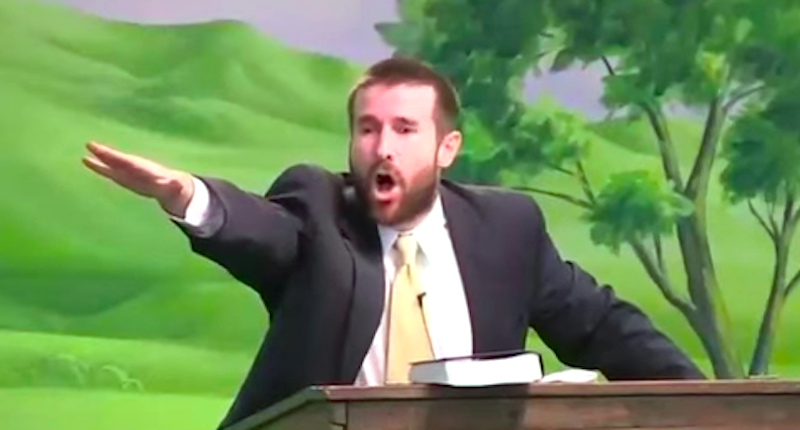 Ah, Pastor Stephen Anderson of Arizona’s Faithful Word Baptist Church. You make every well-meaning pastor’s job so, so, so much harder.

You’ll recall he once said America could have an “AIDS-free” Christmas if the country would just kills all the gays…?

My best friend is an Episcopal priest. I’m sure she would NOT endorse this kind of preaching.

Anderson went off again half-cocked recently and lost his mind over Caitlyn Jenner’s coverage in the media.

He starts out saying it’s TOTALLY cool to pray for folks you don’t like to die. Just so you know.

Then, at the 1:15 mark he starts talking about Caityn Jenner (referring to her as “filthy sodomite” and “filthy pervert” and “trans-freak”) who he claims he had never heard of before.

There’s this bon mot: “I’m gonna pray that he dies and goes to hell.”

By the way, Caitlyn, this guy is probably part of YOUR Republican party. Just saying…