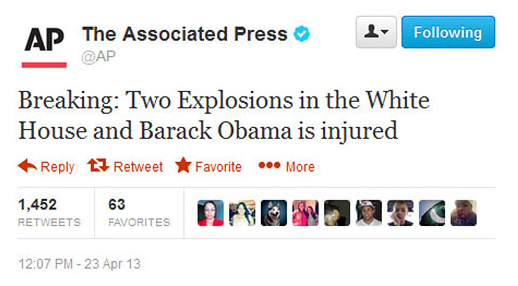 A fake tweet from the account of the Associated Press sent stocks tumbling more than 140 points within minutes, erasing all of the day’s gains and then some, before bouncing back just as rapidly.

The erroneous tweet, which was posted around 1:07 p.m. ET, said “BREAKING: Two Explosions in the White House and Barack Obama is injured.” The tweet was up for a few minutes before AP’s account was suspended, and presumably seen by many of AP’s nearly 2 million followers. The tweet was also retweeted by almost 1,500 other Twitter users.

By 1:10 p.m. ET, the Dow was down almost 13 points, or 0.1% on the day. Just prior to the tweet, the blue-chip index had been up about 0.9% for the day. Stocks fully recovered from the plunge a few minutes after hitting the low of the day, as investors realized the tweet had been made by a hacker and was not true.  You can see the affect of the tweet in the screen capture of today’s stock activity below. 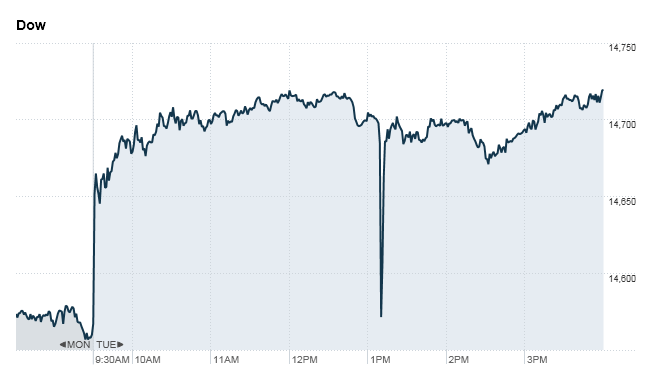