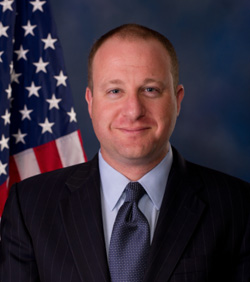 According to the Washington Blade, the Employment Non-Discrimination Act is set to be reintroduced this Thursday:
The Senate version of the bill will
have five original sponsors: Merkley and lesbian Sen. Tammy Baldwin
(D-Wis.) will be two Democrats, Sens. Mark Kirk (R-Ill.) and Susan
Collins (R-Maine) will be two Republicans and Senate Health, Education,
Labor and Pensions Committee Chair Tom Harkin (D-Iowa) will round out
the quintet.

The
bill will be reintroduced in the House by Rep. Jared Polis (D-Colo.), the most senior openly gay member of the chamber, who’s taking
over the legislation now that former Rep. Barney Frank has retired. In
the Senate, the legislation will be reintroduced by Sen. Jeff Merkley
(D-Ore.). The lawmakers’ offices confirmed they would introduce ENDA
concurrently on Thursday.

Read more at the Washington Blade.