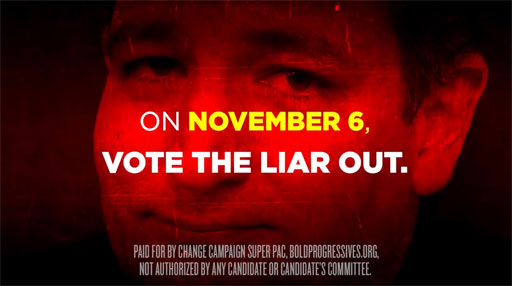 We all knew this was coming. I’m just surprised it took this long.

“I must tell you something about Ted Cruz. I have never, never met someone who lies more than Ted Cruz.

One of the great liars of all time. That’s why we call him ‘Lyin’ Ted.’

Lyin’ Ted! He holds the Bible high, and then he lies.

Ted Cruz, he’s taken so much money from so many different people, and he’s totally controlled.

He’s a nasty guy, nobody likes him, nobody in Congress likes him.

Cruz is not a truthful person.

Cruz is the most dishonest guy I think I’ve ever met in politics.”