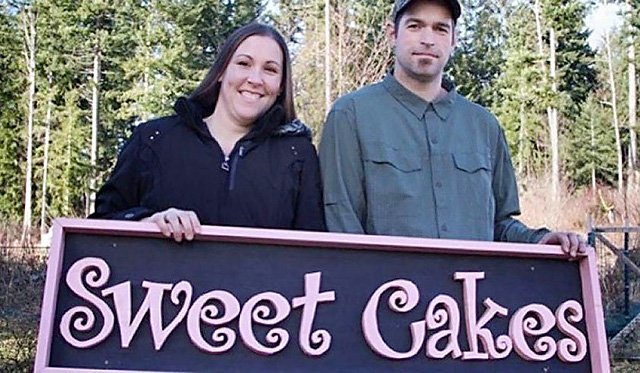 Aaron and Melissa Klein, owners of a bakery that refused to bake a cake for a same-sex wedding, have moved to Montana and are asking strangers to pay for them to set up a new bakery.

The Kleins, who owned Sweet Cakes by Melissa until an Oregon Bureau of Labor and Industries order sought to punish them for refusing to make a wedding cake for a lesbian couple in 2013, moved to Montana two years ago and are hoping to start a new bakery, says Melissa Klein in an online appeal for funds.

“I had said I was never going to open a bakery again, but God has seemed to change my heart with this,” she adds. “It’s been 10 years since having my shop in Oregon and I greatly miss it along with all my sweet customers.”

I’m sure you won’t be surprised to find out Montana has none of those pesky public accommodation laws regarding LGBTQ people.

The couple has a new money beg looking for $50,000 to open their new bakery. Repeat – they received $500K from previous crowd sourcing fund raising which cost them nothing. Why do they need MORE money from strangers?