• PEOPLE: CNN anchor Anderson Cooper recently shared how meeting a shirtless Richard Gere at age 11 helped him realize he was gay. “And I just remember being like, ‘Oh my God, I’m gay. … I’m totally gay.'”

• Twitter: One America News personality Alison Steinberg posted this profane meltdown after seeing the rainbow flag flying in Huntington Beach. Steinberg has previously told followers that it was ‘gay’ to support Ukraine during the Russian invasion.

• Pink News: After seasons set in Texas, Georgia, Missouri and Pennsylvania, Netflix’s Emmy Award-winning Queer Eye has confirmed that it is heading to New Orleans for its seventh run.

• Kenneth-in-the-212: Check out Kenneth’s round-up of the what’s what in LGBTQ publications like Vice President Kamala Harris covering the latest issue of MetroWeekly. 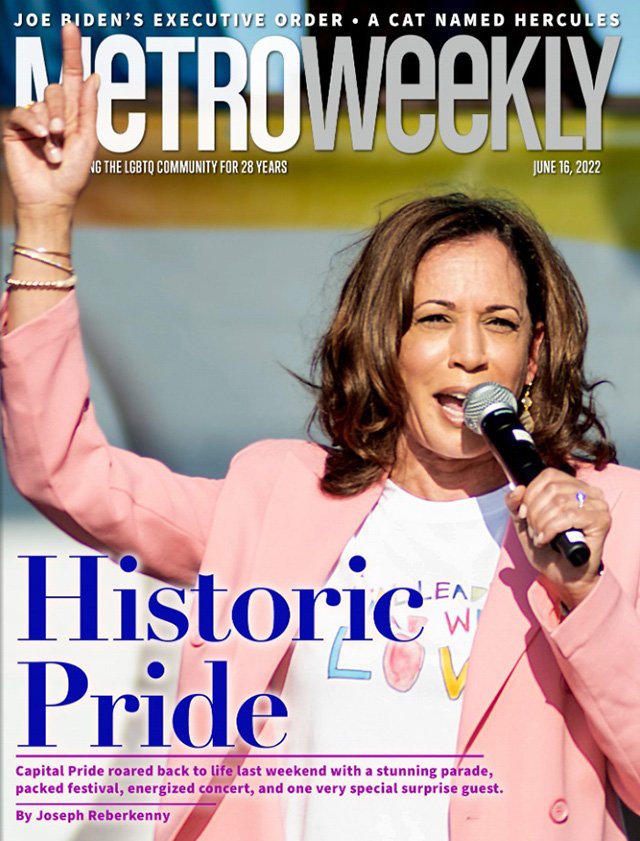 • Washington Post: Anti-vaxxer Novak Djokovic admits that he probably won’t be able to play in the U.S. Open due to his non-vaccinated status. Of course, there is a way he could change that…

• CBS News: A new CBS Poll shows Democrats are motivated to vote this fall after the SCOTUS decision on abortion. 50% of Dems say the decision will make them more likely to vote, up from 40% last month when the overturn of Roe was just a possibility.

CBS NEWS POLL: By more than a 20-point margin, Americans call the Supreme Court’s overturning of Roe v. Wade a step backward rather than forward for the U.S. @EenaRuffini has the latest on how lawmakers are handling the new ruling. https://t.co/G1Ru559AEx pic.twitter.com/RjAJtkCqet