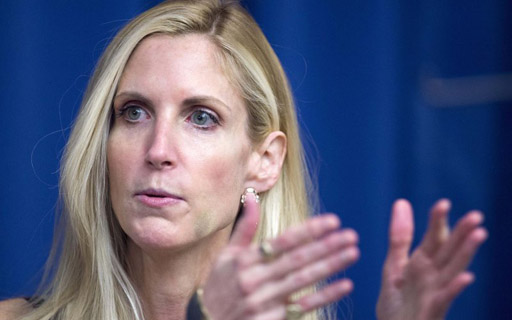 Ann Coulter has heard the rumors that Indiana Gov. Mike Pence will soon be Donald Trump’s pick for running mate, and she’s going apoplectic over the idea.

Report: Trump about to make first mistake in VP pick, as predicted by Ann Coulter, July 6, 2016

I won’t believe it, until I hear it from the Trump’s mouth.

Pence is the combo-platter of disaster. He’s all in for corporate America bringing in as many guest workers as they please to replace American workers, tried to sell the monster amnesty as a “compromise bill.” (How about this compromise: We start with a wall…)

He also somehow managed to tick off both sides in gay marriage debate. After his state passed a law passed protecting Christians from having to participate in gay marriages, all hell broke loose. Pence thought to himself: ‘I have semi heading for me. Should I just stand here? Yes, I think I’ll just stand here!’ First, he allowed himself to be portrayed as a right-wing homophobic nut and then — just days later — he sold out to the left-wing activists, anyway.