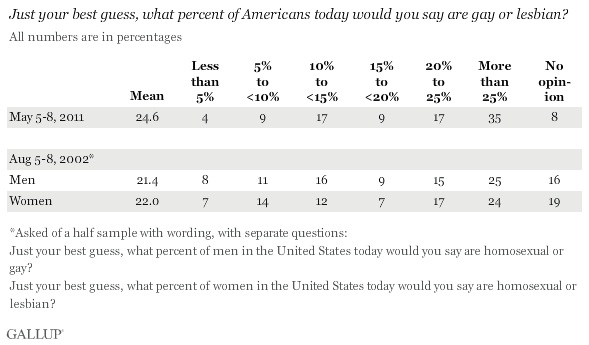 Democrats, liberals, and those who say they are socially liberal are also more likely to give higher estimates than those at the other end of the spectrum. However, the differences by political or ideological leanings are in most cases not as wide as those seen by demographic group.