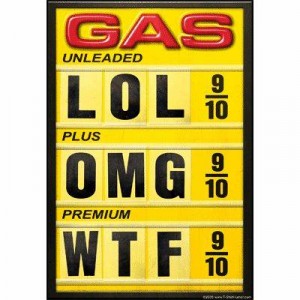 If you’ve been worrying yourself silly about $4 gasoline, it may be time to relax.

Lower oil prices are finally trickling down to retail fuel pumps, prompting experts to wonder whether gas prices have peaked for the year.

Travel industry officials said consumers were already showing signs they wanted to travel as much if not more than a year ago. But that was in part because they planned to offset their fuel costs by eating cheaper meals and finding less costly hotel rooms.

A couple of weeks ago, the national average price for gasoline stood at $3.99 a gallon. By Thursday it had dropped to $3.81.

Gas prices are still about $1.15 higher compared to last year. So some consumers are still weighing vacation tradeoffs.

The average price for gas in April was the highest in more than two decades and the momentum pushing prices higher continued into May. The federal Energy Information Administration and other analysts had been predicting the national average for gasoline to top $4 at some point this summer.

But now the federal agency is reconsidering.

“It is possible we have reached our peak,” said Neil Gamson, an analyst for EIA.