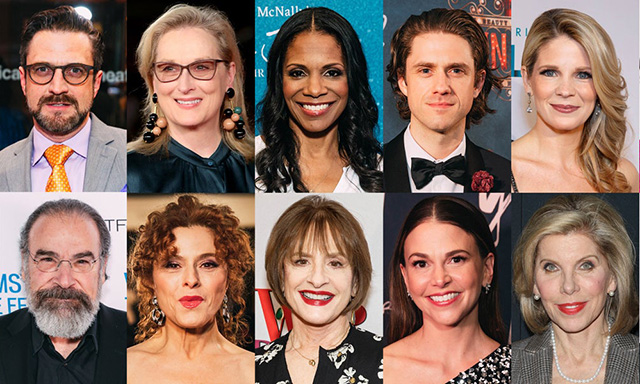 Deadline reports a cavalcade of stars will take part in Take Me To The World: A Sondheim 90th Birthday Celebration, a virtual 90th birthday celebration for legendary Broadway composer/lyricist Stephen Sondheim

The streaming event will be hosted by Raúl Esparza beginning at 8 pm ET and will be available for free at Broadway.com and the Broadway.com YouTube channel.

Esparza has a long history with Sondheim’s work having starred as Bobby in the Tony Award-winning revival of Company in 2006, as George in the Kennedy Center Sondheim Celebration productions of Sunday in the Park and as Charlie in Merrily We Roll Along in 2002. Additionally, he starred in City Center’s Encores! productions of Anyone Can Whistle and last year’s Road Show.

“The world is in a hard place, and we are all searching for something great,” says Esparza in a statement. “Well, Stephen Sondheim is greatness personified. So, we’ve assembled a group of people who love Steve and have worked with Steve and have been inspired by Steve to sing his music and share some joy and some heartache together. We may be far from Broadway right now, but Broadway is never far from us. Besides, Stephen Sondheim turned 90. How many times do you get to be 90? 11? So come on, say it, get it over with, come on, quick…happy birthday.”

Mary-Mitchell Campbell will be the music director, with Paul Wontorek serving as director.

This online event will act as a fundraiser for ASTEP (Artists Striving to End Poverty), the organization conceived by Campbell and Juilliard students to transform the lives of youth through art.