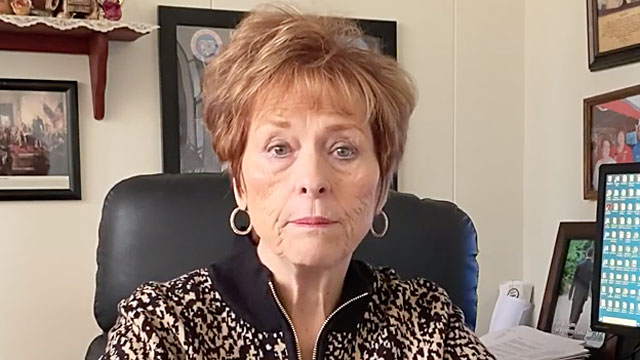 A homophobic Arizona lawmaker who proposed legislation outlawing the word “homosexuality” in her state’s schools is now reconsidering her bill.

State Senator Sylvia Allen, a Republican from Snowflake (I kid you not), has been virulently homophobic for years opposing same-sex marriage and anti-discrimination laws that would protect queer people.

Senate Bill 1082, which she authored, sought to remove the word “homosexuality” from all public school teaching materials reports NBC affiliate 12News in Phoenix. Plus, it would prohibit any student under age 12 from any sex education.

Some political observers felt the bill was Allen’s response to Arizona repealing its “No Promo Homo” law in April 2019.

That law banned any instruction in schools regarding HIV/AIDS that “promotes a homosexual lifestyle” or “suggests that some methods of sex are safe methods of homosexual sex.”

After Allen was publicly ridiculed for her bill, she announced in a statement the media was “misinterpreting the language” of her legislation.

“Several news outlets have reported that my bill to provide parents more access and information on sexual education courses also prohibits the inclusion of homosexuality as part of any chosen curricula,” wrote Allen.

“That was absolutely not my intention,” she added. “I regret that it has diverted attention from the main goal of the bill, which is to assist parents with more access and transparency, so that they could make informed decisions about the health and welfare of their children.”

Saying she would remove the offending provision, she concluded the statement saying she hopes “to return the conversation on this bill back to my original intent – to provide meaningful opportunities for parents to engage and be contributory on this very important issue.”

“It appears to undo the progress we have made as a state,” Hoffman said in an interview Thursday. “It could put the state at risk of another lawsuit.”

Allen has a history of trying to promote wildly conservative legislation.

In 2015, she told the press her state needed a law that would require all citizens of her state to attend church.

During a speech in 2019, she warned white Republicans that if they don’t reproduce at a quicker rate “we’re going to look like South American countries very quickly.”

In the video below, Allen attempts to explain her bill.