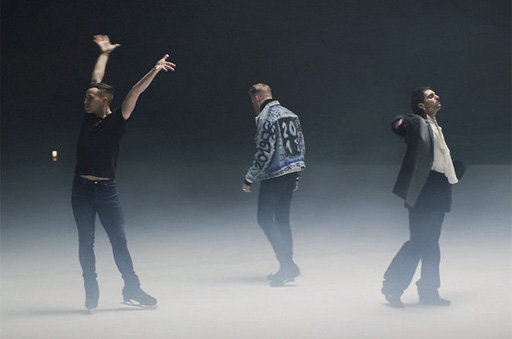 Mitch Grassi and Scott Hoying, of the Grammy Award-winning a cappella group Pentatonix, teamed up with Olympic medalist Adam Rippon, for their new music video, a cover of the 1988 When In Rome hit, “The Promise.”

Recorded under Grassi and Hoying’s side gig as Superfruit, the boys deliver an updated version of the song as Rippon returns to the ice for visuals.

Rippon recently announced that he’s retired from competitive skating, but great to see he’ll still indulge his fans with a skate here and there 🙂

Beautifully shot and edited as Rippon glides and spins effortlessly around Hoying and Grassi.

Nice for a Saturday 🙂