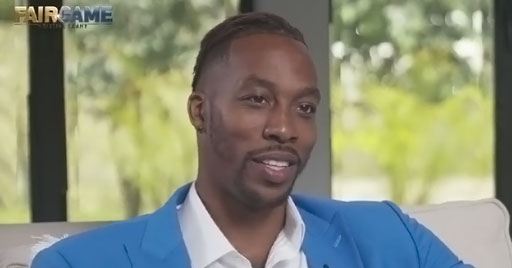 In an interview with Fox Sports, NBA star Dwight Howard directly addresses allegations whether he is gay and how a slew of rumors begun in the fall of 2018 impacted his life.

Howard, who is currently on the Memphis Grizzlies roster, says the experience of gay rumors swirling around him gave him a new perspective in how he views gay athletes.

“I went through a situation last year that really just set me free,” he tells Leahy. “It ended up being a situation that…went viral.”

“People were talking about it, and it upset me because I didn’t even know who the person was,” he continued. “Why would somebody who I never met, never had any contact with, make up a whole story about me?”

Howard described the reaction from people as “hate, pure hate,” and that it felt like it “piled up” everywhere he went.

“I think that liberated me,” shared the 33-year-old athlete. “Because I saw how a lot of people would feel, whether they’re gay or they’re straight; whether they have issues; people are afraid to be who they are.”

“They’re afraid to just step out and be because they’re afraid of what other people might say or think about them,” said Howard. “That situation made me realize ‘You’re not like this, but just be you, be free.’”

“I’m not gay… It hurt at first to go through it. I sat at home and I was like ‘I never want to come outside again.'” @DwightHoward spoke on the allegations that he was gay.

The issue began last November with a series of tweets by a gay man named Masin Elije, who claimed he had been having a ‘relationship’ with Howard.

Elije says he met the NBA player at a Wild N Out event, and were soon chatting in direct messages on Instagram.

I was afraid to speak but today my life was threatened after I was sexually harassed, threatened and manipulated, by someone I respected, my ex boyfriend NBA player Dwight Howard, and his camp also “”catfished”” by his disrespectful ass PASTOR pic.twitter.com/n1I1fwDcUw

Elije went on to tweet that Howard had ‘cheated’ on him with a ‘transgender prostitute.’ Eventually, Elije accused Howard of physically threatening him if he didn’t sign a non-disclosure agreement.

After Elije filed a lawsuit against Howard in March, the 9-time All-Star denied all of the allegations by Elije to TMZ saying, “I don’t know this person, never seen him. Any allegation said about me is false.”

Howard filed a counter-suit against Elije asking for $10 million in damages, and described Elije’s lawsuit as a “money grab.”

The website ClutchPoints.com reported in November they had found at least two previous claims by Elije that were proven to be false.