Ogden’s Own, the award-winning independent distillery in the state of Utah, has announced its 2022 “Five Husbands” who will grace the label on this year’s edition of the Five Husbands Vodka bottle.

The group represent an array of backgrounds deeply representative of the LGBTQ community and were carefully selected by the Ogden’s Own team for their dedication to advancing LGBTQ equality and visibility.

In the run-up to Pride Month, I and all my LGBTQ media colleagues receive hundreds of pitches to feature products from “LGBTQ friendly” companies. There’s kind of a running joke about how many companies slap a rainbow on their product for June claiming “LGBTQ ally” status.

That’s not the case with Ogden’s Own.

Ogden’s Own has been championing the LGBTQ community and celebrating diversity since the distillery was founded in 2009.

Ogden’s Own has served as the official alcohol sponsor of the Utah Pride Festival for several years and is a long-standing ally of Utah-based LGBTQ organizations Equality Utah and the Utah Pride Center.

In 2019, Ogden’s Own introduced Five Husbands Vodka for the first time as a Pride Month special release. The expression was met with so much enthusiasm and customer demand that the distillery immediately decided to make it a year-round offering, representing its support for LGBTQ community each day of the year.

It’s because of the longtime, year-round representation of the LGBTQ community in Utah (a very conservative state) that Five Husbands Vodka is one of the few products I actually champion here on The Randy Report.

In 2021, Ogden’s Own featured five members of the Utah LGBTQ+ community on the label and continued the tradition with a new group of people and stories as further commitment to the distillery’s LGBT+ community support.

“It was a very difficult decision as we were very fortunate to receive more responses than we anticipated for this year’s label,” said Mark Fine, President and CEO of Ogden’s Own Distillery. “In selecting the Five ‘Husbands’, we didn’t just want it to be about a person who specifically identifies as a ‘Husband’, but a person who is authentically themselves and part of the rich tapestry that makes up the LGBTQ+ community.”

Here are the 2022 Ogden’s Own Five Husbands (Left to Right):

• Madazon Can-Can is a non-binary transmasculine human who has been terrified for most their life, being filled with rejection or pure disbelief that one could be possibly both feminine and masculine. “I have been involved in the (Queer) community primarily through work as a Burlesquer and Drag King which also allows me to raise awareness through performance art. I teach Drag King classes inspiring others to develop a new skill, but to also facilitate a band of brothers that would support each other building a community of authenticity and offering a variety of drag in every gendered and non-gendered expression,” states Madazon. Truly Madazon is an Artist and Activist…an “Art-ivist”.

• Bryce Jackson recently moved to Salt Lake City from Kansas five years ago. Bryce is the co-founder of Stonewall Sports which offers a place for people to meet in a different environment. With over 1300 members Stonewall Sports SLC is an LGBTQ+ not-for-profit sports league which includes kickball, sand volleyball, dodgeball, and bowling. “This adult league brings back memories for many of not feeling included in sports growing up but now taking ownership and having fun. Many of the teams meet up outside of the league for dinners, movie nights, and just good old-fashioned fun,” states Bryce.

• Matt Easton is a Utah native and seventh-generation Mormon who came out during his 2019 valedictorian speech at BYU. “My speech gathered a lot more attention than I initially thought it would and I ended up going on the Ellen Show, Ru Paul’s Talk Show, and Good Morning America to talk about my experience being gay at BYU. It has allowed me to springboard into the world of LBTQ+ activism, working on improving the treatment of queer people at BYU and the Mormon church,” states Matt. Currently attending Berkley and working on a PhD in political science, we are sure Matt will help change the world. “My first alcoholic experience was actually drinking Five Wives Vodka and cranberry!” Matt recalls.

• Chef Bryan Woolley is an American Celebrity Chef, TV personality and operatic singer appearing on Salt Lake City CBS affiliate with a daily 30-minute cooking segment. “If I could inspire and save just one person in knowing that being who they are is fine, then this is a success. I am passionate about my career as a chef and have made many friends allowing me to travel and speak with wonderful people with shared interests,” states Bryan. Chef Bryan Wooley is America’s longest consecutive running TV Chef of three decades, who continues offering recipes for success.

• Christian Harvey, better known as “Hoe Shi Minh” is Salt Lake City’s only Vietnamese performer. Hoe Shi Minh is a constant performer hosting numerous LGBTQ+ shows inspiring others to enjoy life and be proud of who they are. “When I attend Asian-American functions I represent the queer community…and when I am involved with LGBTQ+ events I represent the Asian community. I am proud to be part of both,” states Ho Shi Minh. Studying musical theatre for many years is clearly shown in Hoe Shi Minh’s talents and ability to excite others around to enjoy fun. 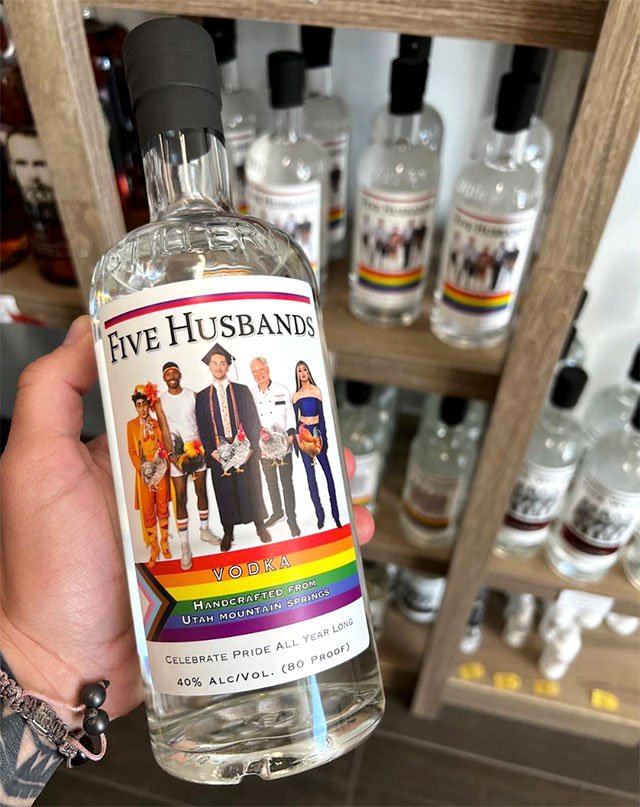