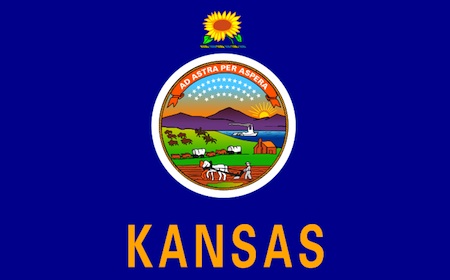 In the aftermath of U.S. District Judge Daniel Crabtree’s ruling earlier this week striking down Kansas’ ban on gay marriage, the state requested an extension on the stay placed on the ruling.

The 10th Circuit Court has come back with a big, fat “No” as their response. From the ruling:

The district court then stayed its injunctive order until 5:00 p.m. on November 11.

We conclude that defendants have failed to make the showings necessary to obtain a stay, and we deny the emergency motion for a stay pending appeal.

We note that the district court’s temporary stay of its own preliminary injunction order remains in effect until 5:00 p.m. CST on November 11, 2014.

The only thing that can stop gay marriage from beginning after 5PM on Tuesday in Kansas is a stay issued by SCOTUS.

And, unfortunately, I have a sense that’s exactly what will happen.

U.S. Supreme Court Justice Sonia Sotomayor oversees the 10th Circuit goings-ons. A request for stay to SCOTUS would go to her. She could decide on the request herself, or hand it to the full SCOTUS to either stay the ruling or not.