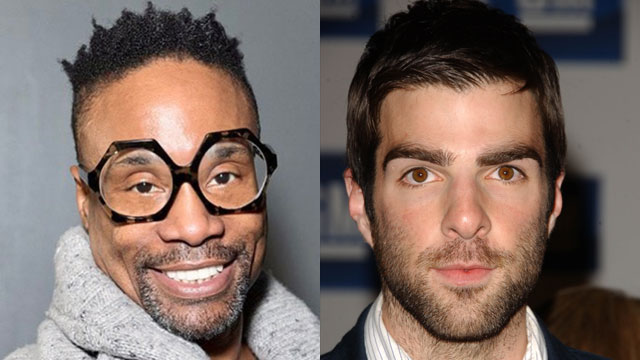 Out actors Billy Porter (POSE, Kinky Boots) and Zachary Quinto (Star Trek, The Boys in the Band) are joining the cast of the upcoming reboot of Disney’s The Proud Family.

The original series ran on Disney Channel from September 2001 to August 2005 with a 14-year-old African-American protagonist named Penny Proud.

The new series, titled The Proud Family: Louder and Prouder, will stream on Disney+ and pick up with the straight A student and her coterie of friends.

Plus, EJ Johnson (Rich Kids of Beverly Hills) will voice the role of Michael Collins, Penny’s bestie who is described as “a non-conforming trendsetter serving fierce looks at school and on the basketball court” by EW.

The new series is slated to launch on Disney+ in 2022.

In the meantime, you can catch Porter in the final season of FX’s acclaimed series POSE currently airing new episodes on Sundays. And Quinto can be heard as the voice of the Robot on the Amazon Original adult animated series, Invincible.

😳😱 Wow Disney said We want Zachary Quinto & Billy Porter as Queer Parents for the Proud Family on @disneyplus !!! We love to see it!!! Disney is taking representation to an 11! 🙌🏾 💜💜💜💜💜🙎🏻‍♂️🙎🏾‍♂️🙇🏽‍♀️ pic.twitter.com/ekWfeoed4q