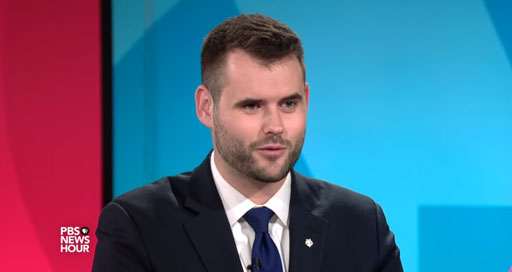 It was just days after I launched The Randy Report that 19-year-old Zach Wahls of Iowa stood up in front of state lawmakers to introduce his two mothers as he argued for marriage equality in his state.

It was one of the most moving speeches I’d ever seen.

Speaking to legislators about the importance of marriage equality to his family, Zach was beyond poised and focused. Here’s the speech:

In 2012, the handsome 20-year-old Wahls released his book, My Two Moms: Lessons of Love, Strength, and What Makes a Family.

Last night, now-26-year-old Zach won his primary in Iowa as he runs to become a state senator in Iowa’s District 37. The woofy Wahls garnered 60% of the vote in his race.

Wahls moves on to the November election to fill the seat vacated by Democratic Sen. Bob Dvorsky, who announced his retirement after more than 30 years in the Iowa legislature.

If Wahls wins the seat, he will be one of the youngest people to ever serve in the state Senate.