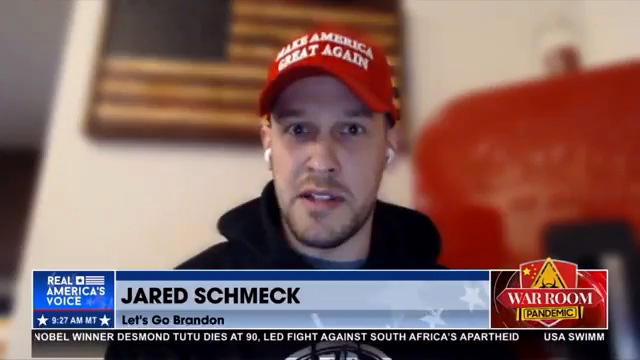 The guy who pulled a douche move on Christmas eve telling President Biden “Let’s go, Brandon” (code for “fuck Joe Biden”) after Biden asked about his children, what they wanted for Christmas, and then wished them merry Christmas originally told OregonLive he’s not a “Trumper” just a “free thinking American.”

Today, Jared Schmeck went on Steven Bannon’s show (complete with red MAGA hat) proudly declaring “Donald Trump is my president and he should still be president right now. The election was 100% stolen.”

But he said he was 'not a Trumper' and just a free-thinking American. Beginning to think that may have been a lie. https://t.co/BJcfFvlKbZ

I’m counting the minutes for him to announce his new podcast as he launches a GoFundMe because he thinks people responding to his douchery was shutting down his freedom of speech.

Jared Schmeck with a shining example conservative Christian values: hypocrisy and persecution complex. When he’s an ass, that’s his Free Speech. When everyone else uses their Free Speech, it’s an attack.#FJSchmeck #JaredSchmuck pic.twitter.com/HlcT3hvI0B

Jared Schmeck embodies the MAGA conservative: a pillow-soft fake tough guy who thinks he's owning the libs by insulting Joe Biden in code, and whines about his free speech being oppressed when he gets pushback. Looking forward to his new podcast. https://t.co/TlUeMVlGaz 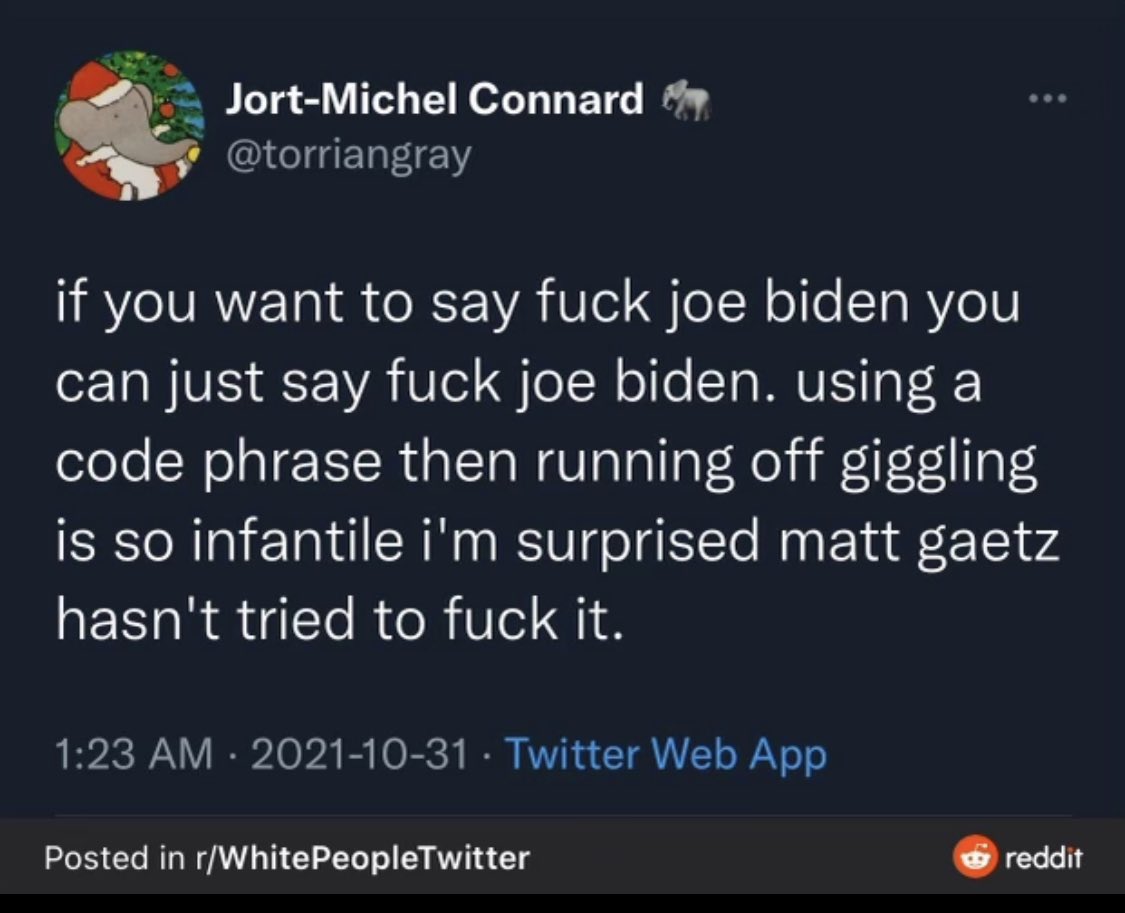