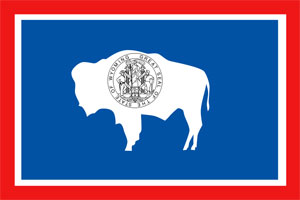 Last week, I reported on newly introduced legislation in Wyoming titled “The Government Non-discrimination Act” that would legalize the right to discriminate against LGBTs by anyone who declared a “deeply held religious belief.”

Today, House Bill 135 was recalled by the bill’s sponsors.

The action was in order to “give Wyoming citizens time for more thorough consideration,” the bill’s sponsors said in a statement emailed to media members Thursday afternoon. Supporters of House Bill 135 said it would protect the “free exercise of religious beliefs and moral convictions,” while critics said it would let people use those beliefs to discriminate against LGBT people.

“The intention of this bill has always been to hold Wyoming to the highest standard in terms of equal protection under the law,” Rep. Cheri Steinmetz, R-Lingle [photo], said in a news release. “The religious freedoms guaranteed to each and every one of us are the bedrock on which our Constitution is founded. When these unalienable rights are threatened, so too is every other constitutional right we enjoy.”

“I’m overjoyed,” said Sara Burlingame of Wyoming Equality, a group that advocates for LGBT people. “The vast majority of folks saw this bill for what it was and rejected it outright.” Burlingame said the bill would have allowed people, including government officials, to refuse service to LGBT people based on religious beliefs. She said the bill would have also been an “economic disaster” for Wyoming.