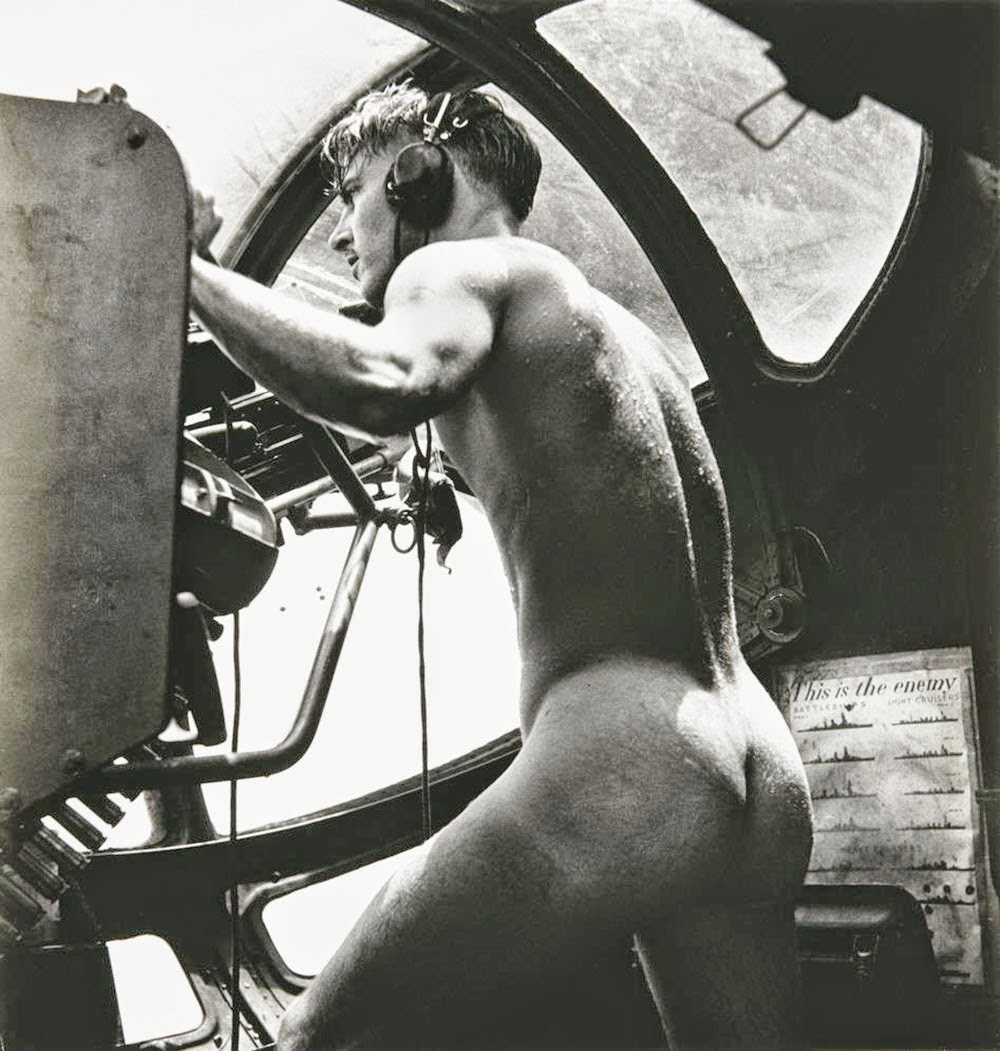 This young crewman of a US Navy “Dumbo” PBY rescue mission has just jumped into the water of Rabaul Harbor to rescue a badly burned Marine pilot who was shot down while bombing the Japanese-held fortress of Rabaul.

Since Japanese coastal defense guns were firing at the plane while it was in the water during take-off, this brave young man, after rescuing the pilot, manned his position as machine gunner without taking time to put on his clothes.

“…we got a call to pick up an airman who was down in the Bay. The Japanese were shooting at him from the island, and when they saw us they started shooting at us. The man who was shot down was temporarily blinded, so one of our crew stripped off his clothes and jumped in to bring him aboard. He couldn’t have swum very well wearing his boots and clothes. As soon as we could, we took off. We weren’t waiting around for anybody to put on formal clothes. We were being shot at and wanted to get the hell out of there. The naked man got back into his position at his gun in the blister of the plane.”