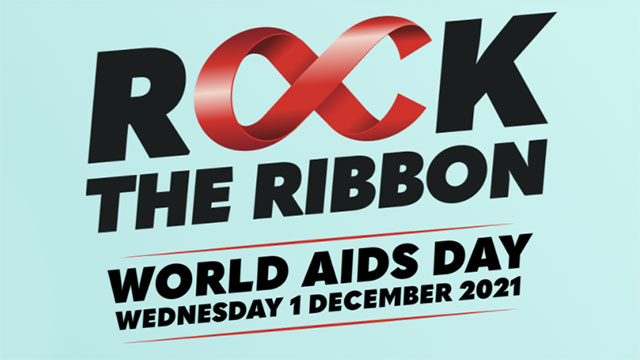 While the coronavirus has hogged the spotlight now for nearly two years, World AIDS Day is still recognized every year on December 1. Because it’s important to remember this 40-year health threat is still with us.

Founded in 1988, World AIDS Day was the first ever global health day.

One day, when HIV has been eradicated, the world will still need to know this ‘thing’ happened. That millions of people died.

They didn’t have ‘a bad day.’ They suffered and died.

Some folks stood up; some became complicit through their silence.

We tell young people today “it gets better.” And, it does.

That phrase today is associated with bullying and self-acceptance. But in the 1980s and 90s, the ‘better’ we needed seemed far, far away. And an uplifting mantra repeated at our reflections in a mirror didn’t solve the problem. 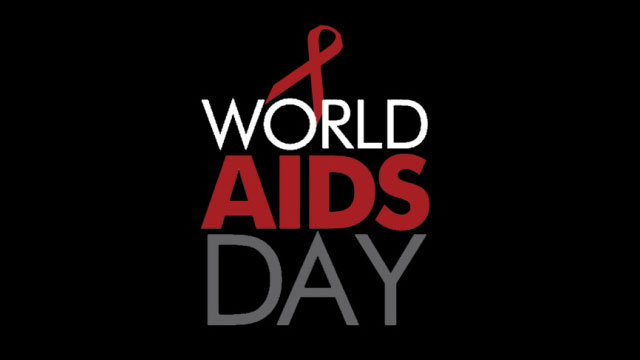 I can remember a couple of firsts when that ‘problem’ collided with my life on a first-person basis.

In December 1986, on the road with the national touring company of CATS (my first big job as an actor), we’d been told Tom Michael Reed, the show’s dance supervisor who had put our company together, had become ill.

No more information than that was offered. We didn’t need it. We knew.

A few months later, while the tour was in Kansas City, the company was called out into the hallway backstage after a performance. We were told Tom had passed.

I remember grabbing my best friend as we burst into tears. My journey to CATS had been a long rollercoaster ride, and Tom had taken a chance on 22-year-old me. In that moment, I realized how much someone’s belief in me could hold so much gravity.

A few years later, I met an impossibly handsome and talented actor in NYC who, for reasons I could not fully understand, looked at me in a way that made me like myself more.

On what would be our first date, sitting at a diner on the Upper West Side of Manhattan, he paused and then said, “I have to tell you something – I’m HIV positive.”

I took a breath and somehow, from somewhere in my 20-something body/mind/spirit, replied, “Well, you’ll have to help me with that.”

He smiled. I smiled. And we went on with our date.

Happily, he’s still a very good friend today with whom I know we have our own special connection.

And life went on beyond the barricades. 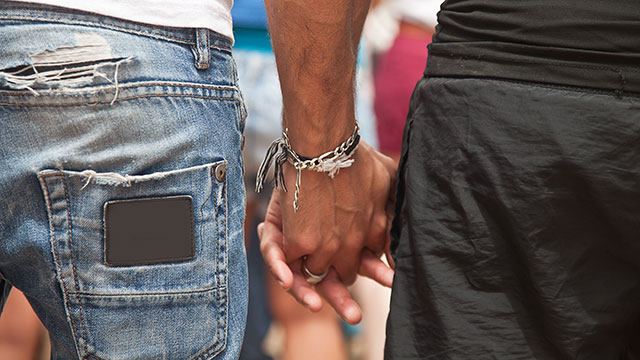 Each year, I make a point to read a couple of essays by writers much more talented than myself. They share these collections of words that capture a time now in the rearview mirror.

Even when moving forward, it’s important to check in on the past.

Writer Mark King was honored by the National Lesbian Gay Journalists Association for a post he originally penned in 2007 about the courage he was forced to summon at a time when folks were holding to the ground as the ground kept shifting.

The truth is simply this, and no one will convince me otherwise: My most courageous self, the best man that I’ll ever be, lived more than two decades ago during the first years of a horrific plague.

He worked relentlessly alongside a million others who had no choice but to act. He secretly prayed to survive, even above the lives of others, and his horrible prayer was answered with the death of nearly everyone close to him.

To say I miss that brutal decade would only be partially true. I miss the man I was forced to become, when an entire community abandoned tea dances for town hall meetings, when I learned to offer help to those facing what terrified me most.

Today, the lives of those of us who witnessed the horror have become relatively normal again, perhaps mundane. We prefer it. We have new lives in a world that isn’t choking on disease.

But once, there was a time when we were heroes.

The other piece I’d recommend is from Joe Jervis of JoeMyGod.

Each year, Joe shares his essay “Membership,” originally written in 2004.

The post chronicles a chapter in his life from 1985 when he and his friends suddenly joined a “new and modern group” of people who were forced to grieve much earlier than they should have.

For more than 30 years, World AIDS Day has encouraged us to observe and remember, but also to take action. The theme of World AIDS Day 2021 is “End inequalities. End AIDS.”

Today on World AIDS Day, our Administration is renewing our commitment to stand with the nearly 38M people living with HIV around the world as we pursue our shared goal of ending the HIV epidemic.
Read more in @POTUS's Proclamation on World AIDS Day, 2021: https://t.co/1qJCU8L6U8

In his 2021 World AIDS Day proclamation, President Biden wrote that his administration “remains steadfast in our efforts to end the HIV epidemic, confront systems and policies that perpetuate entrenched health inequities, and build a healthier world for all people.”

We also celebrate this place and time when medications keep people alive with fewer and fewer complications. For a huge number of people in treatment, viral loads can become undetectable. And undetectable = untransmittable.

And thanks to the success of COVID-19 vaccines using mRNA technology, pharma-giant Moderna announced in August that it would soon launch a Phase 1 clinical trial for two new mRNA-based HIV vaccines, giving scientists fresh hope.

We are still here. Tomorrow will come, the horizon will continue to loom in the distance, even as we check the rearview mirror out of the corner of our eye.

So, take a moment and remember. You can click here for a list of events today planned online and around the world.