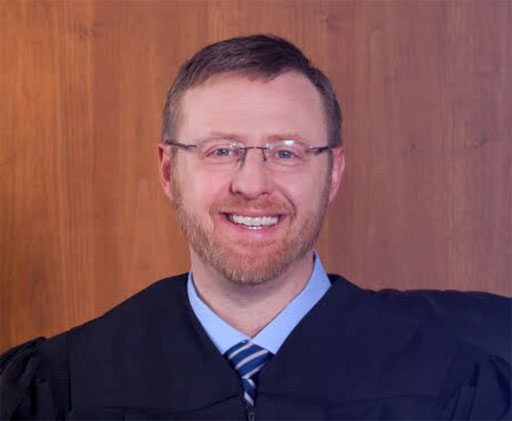 When an individual sits on the bench as a judge – in any court – the responsibility is to be fair and unbiased in applying the law. The public needs to know judges don’t bring their own personal judgements into the courtroom.

Which is why many in Wisconsin are concerned about the candidacy of State Appeals Court Judge Brian Hagedorn for the state Supreme Court.

According to the Milwaukee Journal-Sentinel, in 2016, Hagedorn helped found the Augustine Academy in Merton, Wisconsin.

The private religious school bans students, teachers, and parents from being in gay relationships.

The school’s statement of faith declares that “Adam and Eve were made to complement each other in a one-flesh union that establishes the only normative pattern of sexual relations for men and women, such that marriage ultimately serves as a type of the union between Christ and his church.”

The school’s Code of Personal Conduct (listed in the school teacher application) specifically dictates no “immoral sexual activity” which is defined as “any form of touching or nudity for the purpose of evoking sexual arousal apart from the context of marriage between one man and one woman.”

Violations of the code of conduct could result in teaches being fired. And students face possible expulsion from the school should they or their parents be discovered violating the rules.

It isn’t unusual for a private, faith-based school to have such policies.

However, Hagedorn’s close relationship to the school, which he still oversees, gives pause as to how neutral he would be as a judge on the state’s highest court.

In that the nonpartisan court hears cases that involve LGBTQ discrimination based on “deeply held religious beliefs,” it’s difficult to see Hagedorn putting his personal beliefs aside in such cases.

Analiese Eicher, executive director One Wisconsin Now, expressed her concerns that Hagedorn “remains intimately associated with an organization that actively discriminates against the LGBTQ community.”

Stephan Thompson, a member of the schools board of directors, defended Hagedorn saying he “treats everyone fairly under the law.”

“He is running for the Supreme Court to protect religious freedoms for all Wisconsinites, regardless of faith,” added Thompson. “Yet the latest smear is just another example of attacks on his own faith.”

But the Milwaukee Journal Sentinel has previously reported on blog posts made by Hagedorn while in law school where he once wrote gay rights could lead to legalized bestiality.

In 2005, he wrote, “The idea that homosexual behavior is different than bestiality as a constitutional matter is unjustifiable.”

Hagedorn has stated he sets aside his personal beliefs as a member of the state Appeals Court, and would continue to do so if elected to the Supreme Court.