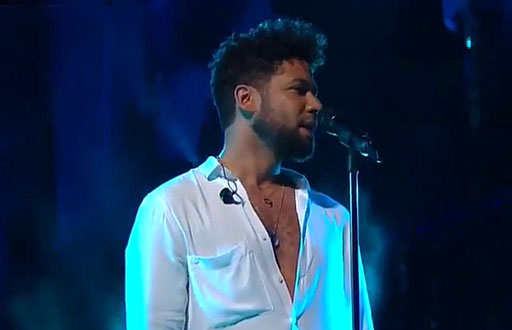 The Chicago Police Department has announced the arrests of two men in connection to the alleged homophobic attack on Empire star Jussie Smollett.

According to CNN, the men are the same that were previously identified in surveillance video as “persons of interest.”

Tom Ahern, Chicago Police communications deputy director, told the press that the men are being viewed as “potential suspects,” but have not been charged at this time.

The men were taken into custody for questioning Wednesday night at O’Hare Airport as they returned from a trip to Nigeria.

One of the men previously pleaded guilty to aggravated battery in 2012, and was sentenced to 2 years of probation, according to the Chicago Tribune.

Earlier today, CPD spokesman Anthony Guglielmi said detectives “had probable cause that they may have been involved in an alleged crime.” Guglielmi didn’t specify what the alleged crime might have been.

“Interrogations will resume today with the two individuals and their attorney,” Guglielmi said in his statement. “While we haven’t found any video documenting the alleged attack, there is also no evidence to say that this is a hoax.”

Smollett told the authorities that on January 29, he was attacked by two men who assaulted him, put a noose around his neck and poured an undetermined liquid on him. According to Smollett, the men used homophobic and racial slurs during the attack as well as yelling, “This is MAGA country!”

According to their lawyer, Gloria Schmidt, the men know Smollett as at least one of them has reportedly worked as an extra on Empire.

“They do know Jussie,” she told CBS2. “They have worked with him on Empire. My preliminary investigations show that on set it’s very tight. They’re all very cordial with each other, so they’re baffled why they are people of interest.”

There were conflicting press reports Thursday night as some outlets claimed the Chicago Police Department was looking into whether Smollett staged the attack himself and falsely reported the crime.

Among the theories was that Smollett might have faked the assault to raise his profile as his character on Empire was to be written off the series.

But Guglielmi announced via Twitter that media reports alleging the attack was a “hoax” were “unconfirmed by case detectives.”

The police spokesman added that media sources regarding the attack are “uninformed and inaccurate.”

“The idea that Jussie Smollett has been, or would be, written off of EMPIRE is patently ridiculous. He remains a core player on this very successful series and we continue to stand behind him.”

BREAKING: Fox has released a statement firmly standing behind the actor:

“The idea that Jussie Smollet has been, or would be, written off of Empire is patently ridiculous. He remains a core player on this very successful series and we continue to stand behind him.”