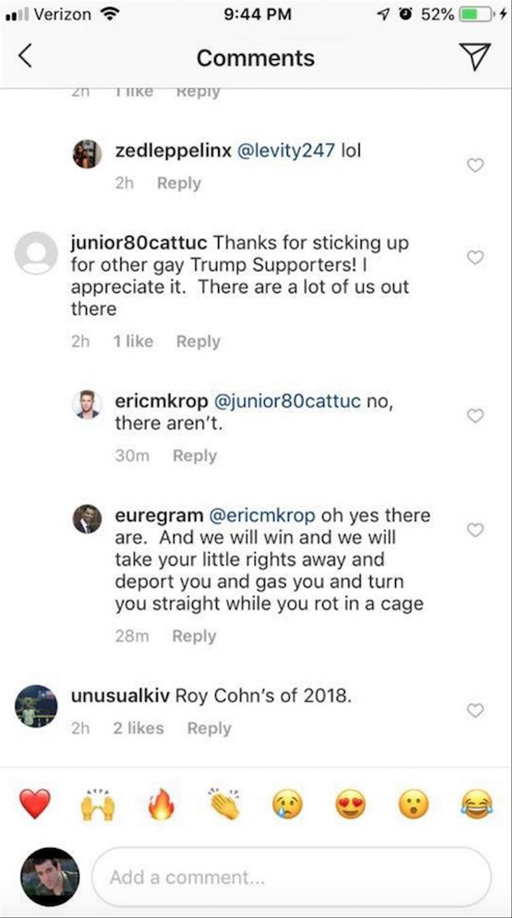 Last month, I wrote about two wealthy gay New Yorkers profiled by The New York Times for their outspoken support for Donald Trump.

But on election night 2016, as the results were being reported, they quickly left the Clinton watch party and drove across town to suddenly become Trumpers.

“I didn’t want to be part of that misery pie; I’m not a wallower in self-pity,” White told the Times. “I really believe that once that decision is made, you have to get behind your president.”

I’m certain the course change had nothing to do with wanting access to the new president and his team. Nada.

In any case, The Washington Free Beacon has bestowed upon the men the title of “2018 Men of the Year.”

I think they misspelled the word ‘quisling.’

The outlet describes itself as “a privately owned, for-profit online newspaper” that is “dedicated to uncovering the stories that the powers that be hope will never see the light of day.”

In its one page tribute to White and Eure, the far-right website uses the word ‘bravery’ seven times in describing the couple for being “gay, liberal, millionaires who nevertheless want to MAGA.”

White & Eure are literally being labeled a ‘profile in courage’ for jumping ship and running to the next opportunity.

The duo had fundraised for everyone around. Frauds like Barack Obama. Feminist icons like Hillary Clinton. But it wasn’t until they discovered the charms of the straight-talking conductor of the Trump Train that they understood just how amazing politics could be.

And yet, for embracing this authentic billionaire whose taste runs toward the gold-plated, how have their friends reacted? With acceptance? With arms wide open?

No. They’ve been scorned, screamed at, shunned. Friends have turned their back. Hillaryworld has gone to war.

And yet, they endure. This is the sort of spirit that will make America great again. And for that, the Washington Free Beacon is proud to name Bill White and Bryan Eure men of the year.

Who knew “endure” meant supporting a homophobic, transphobic, xenophobic divider who has a loose grasp on truth and reality.

But then, White and Eure seem to have their own loose grasp on loyalty or principles, flipping from one politician (or political party) to another as long as they have the access and ‘star treatment’ they crave.

At one point in the Times article, Eure complained that after ‘borrowing’ a friend’s helicopter to travel to a Clinton campaign event, he didn’t get the immediate access to Hillary Clinton he wanted. He said it was due to not writing a big enough check.

Eure, who spent most of his life as a Republican before marrying White, was caught on social media posting his own transphobic and homophobic comments, which were reported by NewNowNext.

When New York-based activist and drag queen Marti Gould Cummings called Eure out on Instagram saying the couple could have used their wealth to help transgender people, Eure responded, “Transgender is gross.” 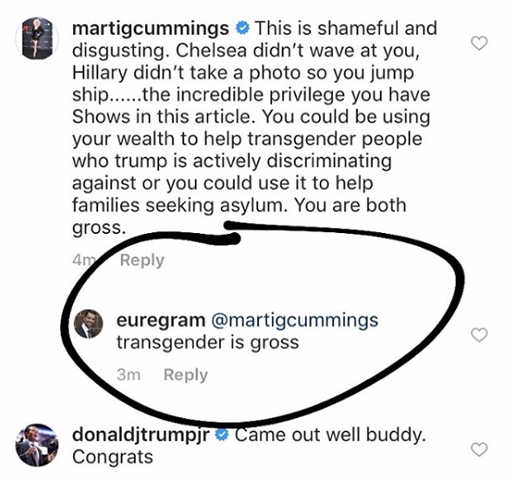 In another social media post, one commenter disagreed with Eure’s position that there are lots of gay Trump supporters.

Eure clapped back with a threat: “Oh yes there are. And we will win and we will take your little rights away and deport you and gas you and turn you straight while you rot in a cage.”

Actually, if you read the story, it’s beyond greed — it’s not about money. They’re just craven opportunists who want access to and accolades from whoever is the “winner.” Could be a progressive leader — could be a fascist. As long as they get star treatment. Vile.

They couldn’t get a picture with the Clintons or their asses kissed with VIP treatment, so Bill White and Bryan Eure sold out the LGBT community and slithered over to Trump. I’ve met soulless, greedy, entitled people like @BillWhiteNY and they disgust me.https://t.co/j6e4Bjad9h 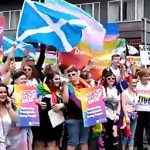 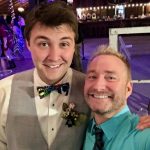 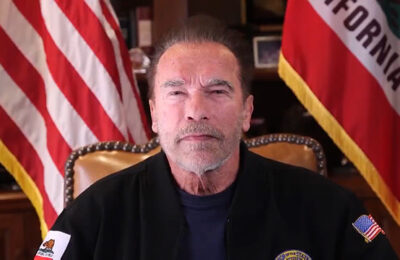 Arnold Schwarzenegger On Trump: ‘I Know Where Such Lies Lead’ 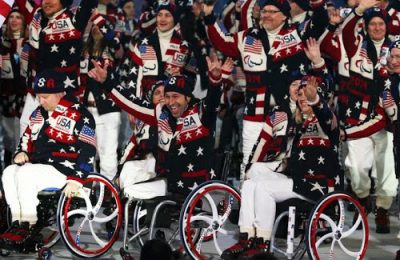 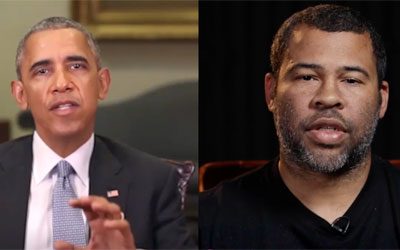