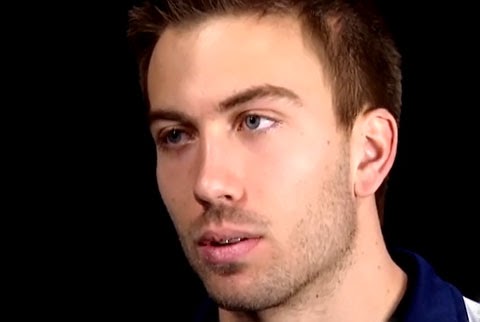 Notre Dame senior varsity tennis player Matt Dooley faced some tough times when he began to embrace who he was, not only to himself but to his parents and team mates.

His journey of self-acceptance involved a suicide attempt and an estrangement from his parents. But he kept moving forward. And on the two year anniversary of his suicide attempt, he found strength in the brotherhood of his sport by coming out to his coaches and team mates.

I think his story of coming out, shared with OutSports, sends a message of strength over adversity.

I have since made the conscious decision that my challenges do not and will not define who I am. I am a son, a brother, and a friend. I am a student, a teammate, and a future physician. I am a chaser of dreams and an achiever of goals. I am a gay man who is now proud to stand up for those just like me and show them that they, too, can strive for greatness both athletically and professionally.

I share this story in hopes of sending a single message to other gay athletes like me: No matter the circumstance or situation, you are never alone.

You can read more about Matt’s journey at OutSports. And don’t miss the moving video below produced by Fighting Irish Digital Media chronicling the team’s acceptance.