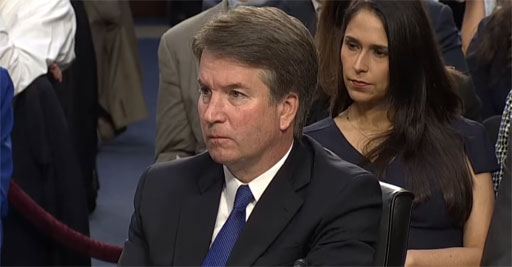 After rough and tumble political upheaval, the U.S. Senate will begin to vote on the nomination of Judge Brett Kavansugh to the U. S. Supreme Court today.

According to many political reporters, Republicans have 48 of the 50 votes (Vice President Mike Pence would become the 51st in case of a tie) to approve Kavanaugh.

The GOP needs just two of them.

Watch the live feed below.

Yesterday, Senator Murkowski spent hours with female constituents who had been sexually assaulted.

Today, she voted no on moving forward with the Kavanaugh confirmation process.

That’s how democracy should work.