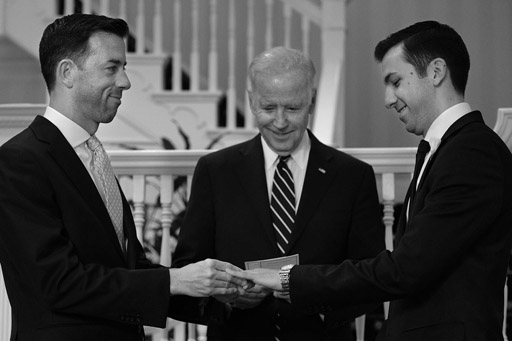 A new first for Vice President Joe Biden as he officiated his first wedding yesterday – and it was a same-sex marriage.

Longtime White House staffers, Brian Mosteller and Joe Mahshie, were married by the VP at the Naval Observatory on Monday, his office said. The ceremony was apparently a small affair with only the grooms families attending.

Interesting to note that while mayors and city council members in cities across the nation can marry couples, according to sources Joe had to get a temporary certification from the District of Columbia to preside over the wedding ceremony.