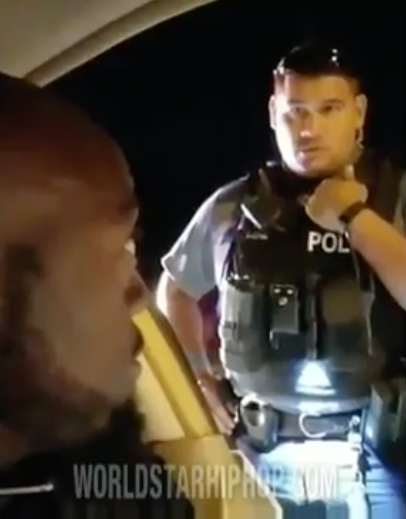 This video has gone viral overnight with over 100K retweets.

Apparently, the driver was stopped for failing to signal at a turn. With a black man at the wheel, the police officer approached the car with his gun drawn.

He then pointed the gun at the driver.

For failing to signal???

I don’t know a single white person who’s been stopped for failing to signal and had a police officer draw a gun on them.

Clearly the officer repeats over and over “Ok” as his only response for legal reasons with the camera recording.

Americans need to have a discussion with our police offices. There needs to be a real dialogue.

At least the officer kept calm.