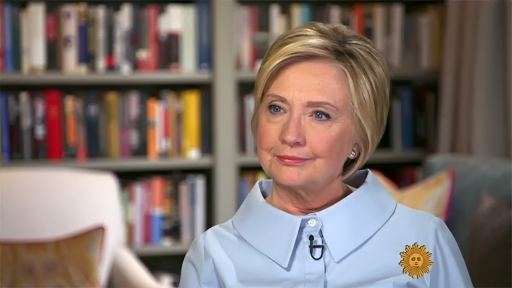 In an appearance on CBS’ Sunday Morning, Hillary Clinton said that she intends to remain politically active, but not as a candidate.

Promoting her new memoir What Happened, which will be released Tuesday, Clinton told host Jane Pauley that she doesn’t intend to run for office again. But she won’t be leaving national politics any time soon.

“But I am not done with politics because I literally believe that our country’s future is at stake,” said Clinton.

The former Secretary of State also had some choice words for Donald Trump’s lack of preparedness for the White House.

“We have a reality show that leads to the election of a president. He ends up in the Oval Office. He says, ‘Boy, it’s so much harder than I thought it would be. This is really tough. I had no idea,’” Clinton said. “Well, yeah, because it’s not a show. It’s real. It’s reality, for sure.”

Clinton also shared that while she’s moved on from her surprise loss last November, the pain of defeat is still present.

“I am good,” Clinton said. “But that doesn’t mean I am complacent or resolved about what happened. It still is very painful. It hurts a lot.”