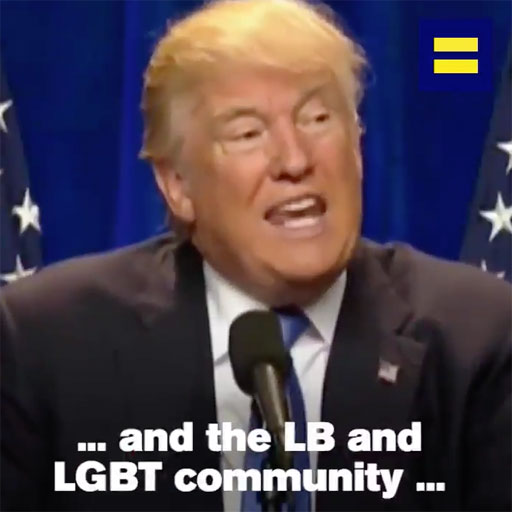 Despite weak assertions to the contrary, Donald Trump is no friend of the LGBTQ community.

And the Human Rights Campaign has released this video using his own words to make that clear.

In this week alone, the Trump administration proposed banning all transgender service members from the U.S. military; and, the Justice Department filed a “friend of the court” brief arguing the Civil Rights Act of 1964 offers no protections for LGBTQ folks.

But during the 2016 campaign, Trump attempted to underscore his “friendship” to us.