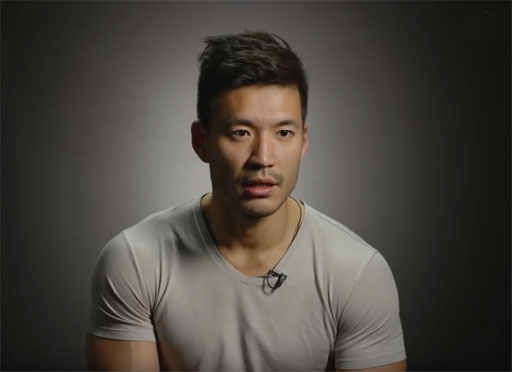 An actor and friend of mine shared this video on Facebook and it really struck me.

First of al,l because my friend and the man in the video, model Kevin Kreider, are both really good looking.

Kreider is straight, my friend is gay, but both encountered the same bias and discrimination in online dating – “No Asians.”

And this isn’t new. From early dating websites to hook up apps today, gay and straight, this is something folks see all the time.

No Asians. No Blacks. No fats. No femmes.

That’s what folks put in their online profiles.

But look at what you’re missing out on by putting that out there, up front. You’re missing a great guy whose hot like Kevin Kreider.

It’s important to note, as well, the sinister, negative effects these messages have over time on people.

“I remember growing up wanting to be white. I didn’t want to be Asian. But after all this, I realized I didn’t actually want to be white, I wanted to be treated like I was white.”

Imagine the toll that would take on your psyche over a lifetime.

As Kreider says, he began to abuse alcohol and drugs to cope with slow-growing depression over being constantly dismissed.

It’s a short video, but definitely worth a watch.