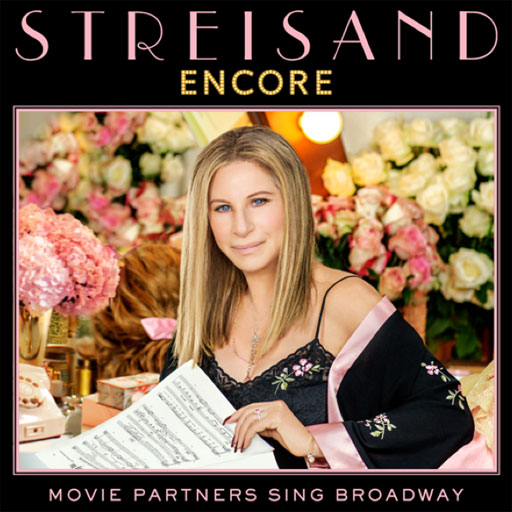 Here’s a treat from the upcoming Barbra Streisand.

In addition to the standard 10 track release of her “Encore – Movie Partners Sing Broadway,” Target will be releasing a Deluxe version with four additional tracks.

Target will issue an exclusive 14-track deluxe version of the album that includes several show-stopping, dramatic songs, which fans have been waiting to hear Streisand record.

Along with the wistful ballad “I Didn’t Know What Time It Was” from Too Many Girls, the bonus material includes “Not a Day Goes By” from Merrily We Roll Along, the Follies torch song “Losing My Mind,” and the powerhouse eleven o’clock number from Ballroom, “Fifty Percent.”

While the musical Ballroom was technically a flop back in the late 70s (it was director/choreographer Michael Bennett’s follow-up to A Chorus Line), the show-stopping eleven o’clock number “Fifty Percent” from the musical has elevated to legendary status for singing divas. Dorothy Loudon was nominated for a Tony Award based in great part for her performance of the song.

One small quibble here, though – the Bergmans (who penned the lyrics for the song) have rewritten some of the lyrics which, after 40 years, feels a bit jarring.

That aside, la Streisand is a perfect fit for the song. Looking forward to the new collection.

p.s. I hear from sources her new concert is, not surprisingly, fantastic.