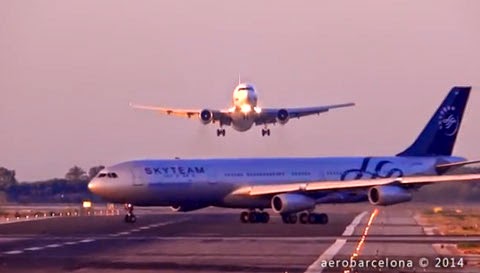 You have to assume this was the air traffic controller mixing things up?

Footage shows a Boeing 767 from the Russian airline UTair coming in to land on a runway at Barcelona’s El Prat Airport. But with the plane just feet from touching down, an Aerolineas Argentineas Airbus A340 slowly taxis across the runway, forcing the still-airborne pilot to respond to the emergency by pulling back into the air.

The quick-thinking pilot of the UTair jet landed the plane safely after circling around.