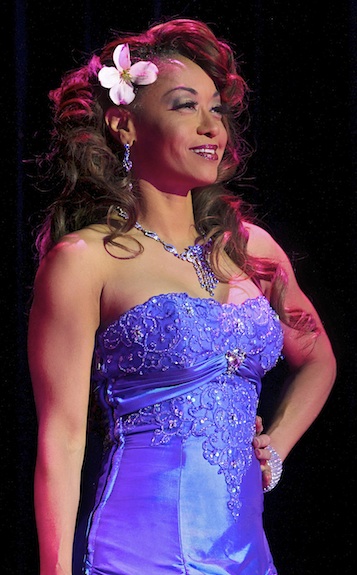 The offer is in response to New York becoming the sixth state to legalize same-sex marriage, joining Connecticut, Iowa, Massachusetts, New Hampshire, Vermont and the District of Columbia.

LGBT married couples who show proof of their union at the Saxe Theater box office will receive two free tickets to the show.

Theater owner, David Saxe, hopes this gesture will inspire other business owners across the nation to throw their support behind the movement. “The New York state Senate vote was a huge milestone, affording gay and lesbian couples the rights, dignity and respect that come with marriage. No matter how you look at it, this is a ‘human’ rights victory and it deserves to be commemorated.”

“VEGAS! The Show” takes the stage, twice nightly, at the Saxe Theater inside Miracle Mile Shops at Planet Hollywood Resort & Casino. Starring Broadway veteran Reva Rice (Fosse, Starlight Express) and a cast of more than 40 singers, dancers, showgirls and a live big band orchestra, this large-scale production takes the audience on a journey through the “glory days” of Las Vegas when The Rat Pack ruled, glamorous showgirls filled the stage and Elvis was the king of Vegas.

For more information about VEGAS! The Show, please log onto www.vegastheshow.com or call 702.318.6490.

If you plan to celebrate your marriage equality this month, get to Las Vegas and “Vegas! The Show.”