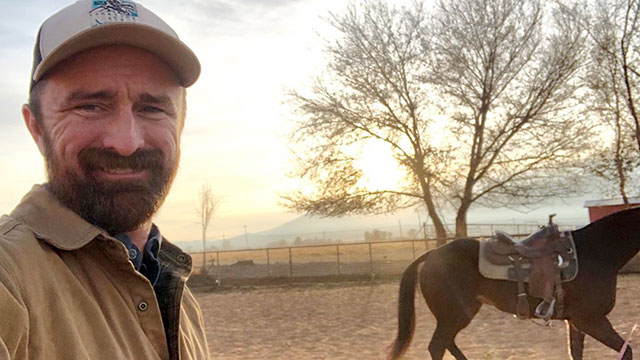 Republican county commissioner Nathan Ivie came out to his Utah constituents last year via social media, and at the time, the announcement appeared to be well received.

But a year later, Ivie has lost his bid for reelection and the 41-year-old says there’s no doubt in his mind that his sexuality “was part of the issue.”

With all of the votes counted, Ivie suffered a bruising primary loss to former Marine Lt. Col. Tom Sakievich by a margin of 60.4 percent to 39.6 percent according to the Salt Lake Tribune.

Contrast that with his first campaign in 2016 when he won his primary with nearly 59 percent of the vote and won in the general election with 81 percent.

What a difference four years can make.

“I can’t tell you the number of hate emails I received,” Ivie told the Tribune. “I didn’t make an issue out of it in the campaign because that’s not the kind of person I am. But there is no doubt that the Eagle Forum [a conservative group] and its lies were absolutely in play here.”

Sakievich denies the allegations saying Ivie’s openly gay status “was not an issue” in the race.

“Most people that I talked to said that they’re aware of his coming out,” said Sakievich. “But to them, that wasn’t the issue. The issue was the taxes and how the government is being run.”

Ivie had voted for an unpopular property tax increase, the first in 23 years, to address neglect he discovered when he was elected in 2016.

Ivie says his opponent “ran around telling everybody that he was going to cut taxes, increase services, and then use a tax fund that you can’t use to pay for it. That’s a lie. … It’ll be interesting to see what happens when reality sets in.”

Ivie has accepted the results of the primary, though, adding that while he’s sad for Utah, he’s upbeat about his own future.

“For me personally, I get to go back to my ranch and ride horses full time,” he shared. “I have a lot of work to do with the LGBT community, especially with troubled youth, to reach out to them.”

When he came out in May 2019 (video above), Ivie said it was due to several factors.

One, he said he wanted “the 22-year-old version of himself” out there to know things will be ok.

“Obviously we have a problem in our community, especially in the LGBT community, of suicide,” he shared. “As someone who’s been there and pulled the trigger once: don’t.”

He also says that seeing two men holding hands on a river trail in Boise deeply affected him.

“It was just two regular human beings who loved each other who were walking holding hands as an intimate, caring couple, and that image really stuck with me for whatever reason,” he told the Herald Extra. “And that was probably one of the first times in my life I went, ‘Maybe I’m not screwed up. Maybe I’m not broken.’”