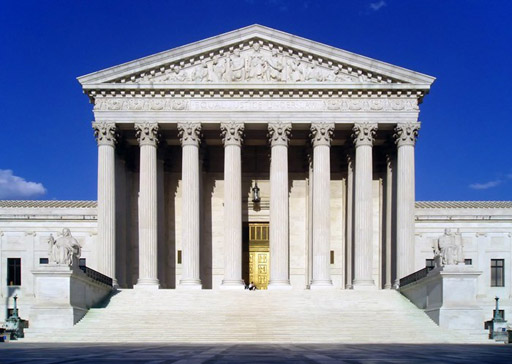 The U.S. Supreme Court has unanimously reversed the Alabama Supreme Court’s refusal to recognize adoption regarding a same-sex couple.

The justices upheld a challenge brought by an Alabama woman after her state’s highest court refused to recognize the adoption she and her former lesbian partner were granted in Georgia.

The couple never married and have since split up. But the case presented a test of an issue that crops up occasionally in state and federal courts since the Supreme Court struck down state bans on same-sex marriage: Can gays and lesbians be denied adoption rights?

The case was brought by “V.L.,” as she is identified in court papers, against her former partner “E.L.,” who gave birth to three children between 2002-04 while the couple was together. To win adoption rights for V.L., they established temporary residency in Georgia.

Now that they have split, E.L. agreed with the Alabama Supreme Court, which ruled in September that Georgia mistakenly granted V.L. joint custody. E.L.’s lawyers argued that “the Georgia court had no authority under Georgia law to award such an adoption, which is therefore void and not entitled to full faith and credit.”

The National Center for Lesbian Rights, which worked on the appeal, issued a statement today which reads in part:

“The Supreme Court’s reversal of Alabama’s unprecedented decision to void an adoption from another state is a victory not only for our client but for thousands of adopted families,” said National Center for Lesbian Rights Family Law Director Cathy Sakimura, who is representing V.L. “No adoptive parent or child should have to face the uncertainty and loss of being separated years after their adoption just because another state’s court disagrees with the law that was applied in their adoption.”