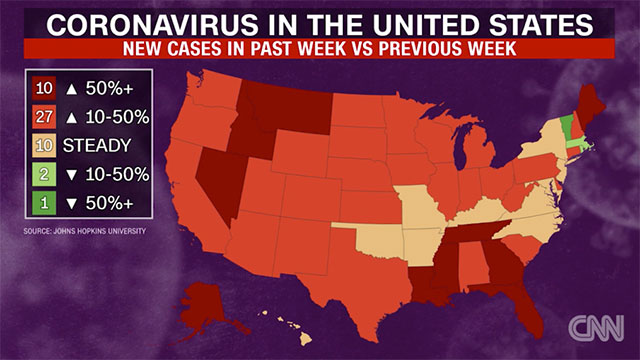 When Donald Trump told Americans we’d “hit new highs,” I doubt this is what he was talking about.

The United States reported more than 55,000 new COVID-19 cases on Thursday, the largest daily increase any country has ever reported, according to a Reuters tally.

It has now reported more than 40,000 cases for seven straight days and broken records for new cases three days in a row, according to the tally.

The number of new cases has risen in 37 out of 50 states with Florida leading the way with over 10,000 cases reported on Thursday.

As testing has increased, so have positive test results which are up 7% nationally.