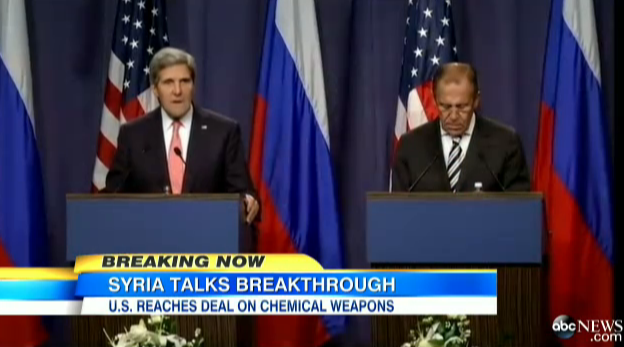 U.S. Secretary of State John Kerry and Russian Foreign Minister Sergey Lavrov said announced an ambitious plan to transfer Syria’s massive chemical weapons stockpile to international control by the middle of next year, at which point they would be destroyed.

Several questions remain, including how realistic is it to assume chemical weapons can be rounded  up in the middle of a civil war.