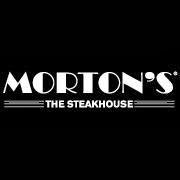 Tim Whitlock, the Senior V.P. of Operations and the C.O.O. Morton’s The Steakhouse has issued this statement on the incident:

“Our executive team has been in contact with Mr. Chambers who fully accepted our apology.

“There was a complete and total misunderstanding by our staff who had no idea that our guest had a medical condition. Our actions were uninformed and our intentions were not malicious.

“As a sign of our sincere apology and commitment to the community, we are donating on behalf of Mr. Chambers, $2,000.00 to the St. Jude’s Hospital. In addition, Morton’s The Steakhouse will also partner with Mr. Chambers to underwrite a cancer fundraiser.”

According to Think Progress, one of the company’s top executives personally phoned Chambers to apologize and pledge to donate the dinner’s $2,000 tab to St. Jude Children’s Research Hospital, as well as coordinate with him about holding a cancer fundraiser.