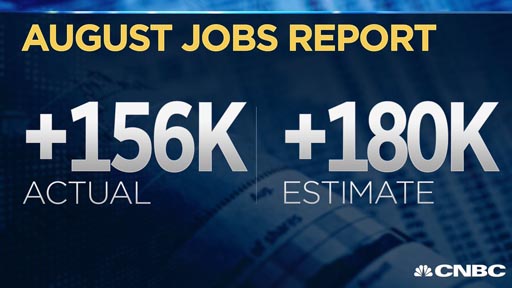 Economists surveyed by Reuters had been expecting payrolls to grow by 180,000 in August and the unemployment rate to hold steady at 4.3 percent. A broader measure that includes discouraged workers and those holding part-time jobs for economic reasons also was unchanged at 8.6 percent.

Wage growth also was weak for the month, with average hourly earnings up 0.1 percent for an annualized rate of 2.5 percent. The average work week declined by 0.1 hour to 34.4 hours.

Donald Trump likes to tout his “job-creating” ability. But, just for giggles, let’s compare the number of jobs added to the economy this year and last year during the same time period when Barack Obama was prez: