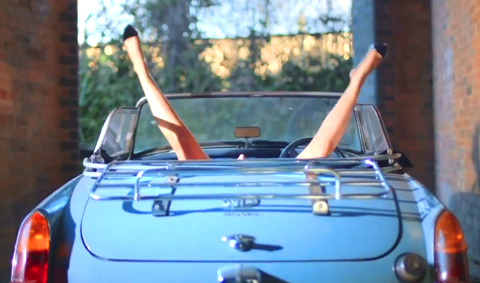 The International HIV/AIDS Alliance has created an ad to promote safe sex, which airs tonight on Britain’s Channel 4.  Box springs creaking and bouncing; couples of all ages, sizes and flavors getting all romantical.

The 60-second television spot, which has been described as one of the most provocative ads to be screened on British television, has already started tongues wagging amongst industry experts, and looks set to get pulses racing as well when it’s broadcast at 11.45pm and 12.05am on Friday night – the only terrestrial showing it will receive.

The aim of the raunchy advert is not to shock, however, Awo Ablo, Director of External Relations at the International HIV/AIDS Alliance explains: “It’s arresting. Our motivation for the advert comes from something that we’ve known for a couple of years now. Our polling says that people, internationally, don’t care about HIV/Aids.”

“We hope the advert educates in a way that it is joyful and expresses what we feel about safe sex: that it is something to be enjoyed and something that helps save lives.”

Take a look below. Warning – NSFW.