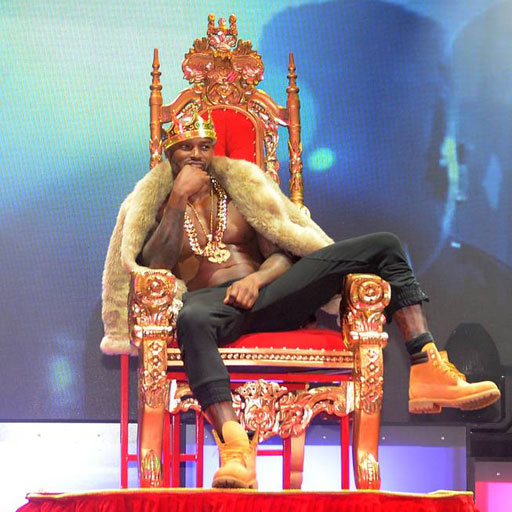 A “Tyson Takeover” will keep the Las Vegas summer heat scorching through the Fall as Chippendales® announces the return of international supermodel, fashion icon and actor, Tyson Beckford as celebrity guest host.

After breaking box office records during his previous engagements, Beckford returns to the award-winning male revue at Rio All-Suite Hotel & Casino for six weeks only, Sept. 27 through Nov. 3, 2018 (Thursday through Saturday performances).

“We are thrilled to bring Tyson back,” says Kevin Denberg, Managing Partner, Chippendales. “Our audiences have grown accustomed to Tyson; his star-power, charisma and sex appeal are the perfect compliment to our already sexually charged show.”

“This last year has been amazing with some new television and film projects but, being asked back to join my brothers at Chippendales on stage is always an honor,” said Beckford. “I love Vegas and the cast and any chance I have to perform for live audiences is always a guaranteed good time – I can’t wait to put on those cuffs and collars again.”

In reviewing the supermodel’s star turn with the men of Chippendales, the Las Vegas Sun wrote, “Fans of Beckford will not leave the show disappointed, as he not only flexes his buff bod throughout the adult male revue, but also bares his backside in a solo act with a female member of the audience…Beckford fits like a glove in Chippendales.”

Chippendales, the original male revue, recently celebrated its 39th anniversary as a brand, and its 16th year headlining in Las Vegas at the Rio All-Suite Hotel & Casino.

And yes, men are always welcome at Chippendales.

It’s worth noting that Beckford’s return dates with the Chippendales takes place at the same time as Las Vegas’s Pride celebration, October 19-21.

This year’s special guest star at LV Pride is none other than RuPaul’s Drag Race star, Bianca Del Rio.

So plan a trip to Las Vegas this fall and make it a sizzling hot weekend with Beckford and Bianca.

Here’s just a taste of what audiences will get to see when Beckford takes to the Chippendales stage this fall.

View this post on Instagram
He’s BACK in less than 20 days! Grab your tickets now and make your plans to get down with the one and only @tysoncbeckford guest hosting #Chippendales Sept. 27th through Nov. 3rd! Tickets: Chippendales.com & @Ticketmaster
A post shared by Chippendales® (@chippendales) on Sep 8, 2018 at 11:56am PDT

View this post on Instagram
Did you train those muscles today? #beardgang #tysonbeckford #blackexcellence #teamtyson #abs #chestday #nyc #nyfw
A post shared by Tyson C.Beckford (@tysoncbeckford) on Sep 9, 2018 at 8:53am PDT

And just some of the men of Chippendales: